In 1998, the Jesuits called for proposals to design the new ecclesiastical center. István FERENCZ won the opportunity to design the complex on a gently sloping empty plateau, to the center of Avas-housing where approximately 40.000 people live.

The task was not only to build the actual church, but also to create a new center to this part of the city. The complex tries to fill this gap; with its double-sized bricks it appears almost as a statue among the concrete blocks. The central element is the church, which fits into the strict closed line of the three-storey buildings of the parish, however it also stands out with its height.

The settlement followed two main principles; firstly, the frame-like installation creates a unique inner world, on the other hand, due to the sloping terrain conditions the courtyard opens up to the declivous foothills of Bükk-hegység; the space is made even more exciting by the separately formed tower.

The plan of the church follows the classic Christian spatial form, with a semicircular apse. The walls are almost one meter thick, not because of static calculations, but of the will of the architect who wanted to form freely the internal surface with organic elements. The result is a unique architectural experience, coming from the plasticity of the termination of the space, which has both brick and white plastered surfaces.

The inner space is covered by a precast reinforced concrete roof, held by a steel structure. By its modern appearance it gives the impression as if it was not even constructed at the same time as the walls, as if it was just placed on the top during a later renovation. Most of the light comes from a large window on the main facade, while on both sides, a rose-window-like opening also lets some light come in. Only a very small amount of natural light hits the apse, through the cross-shaped thin gaps. This effect is more impressive during nighttime, when the crossappears on the semicircular facade, drawn by the light of the lamps inside, just like neon signs.

Due to the constant presence of the designers, the execution was made with exceptionally high quality. The complex not only provides place for the Church, but since 1994, it also gives home to the Jesuit High School. The last building was finished in 2009. 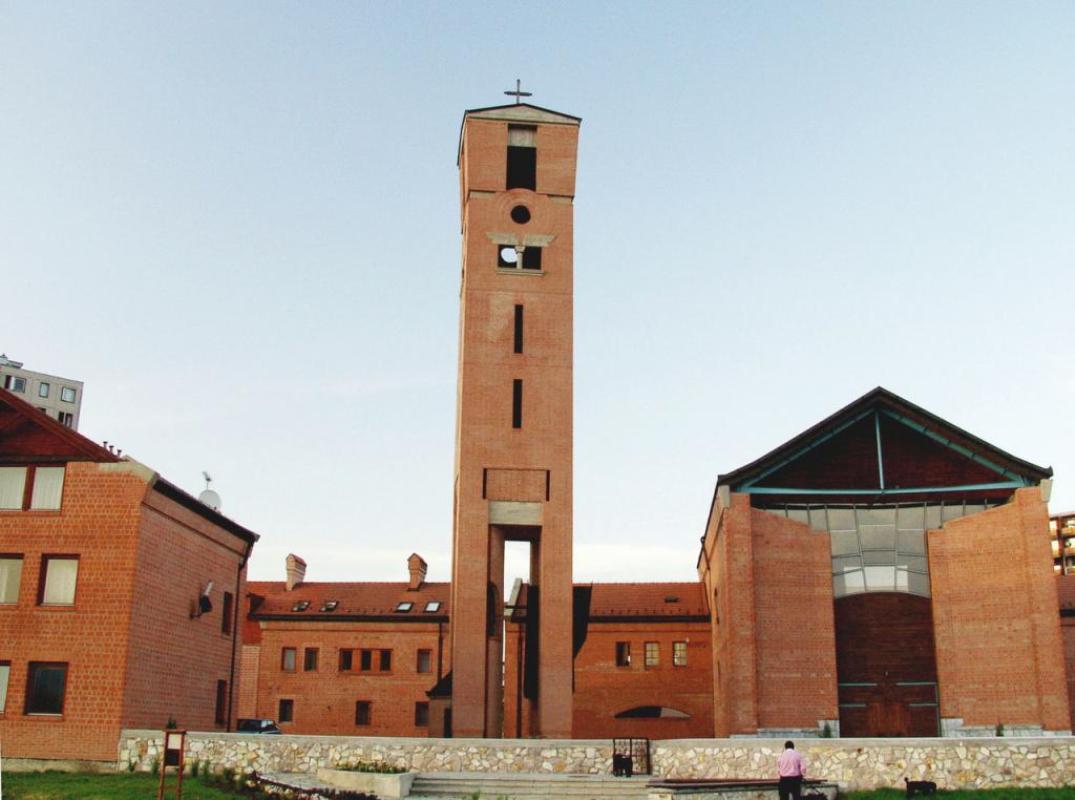 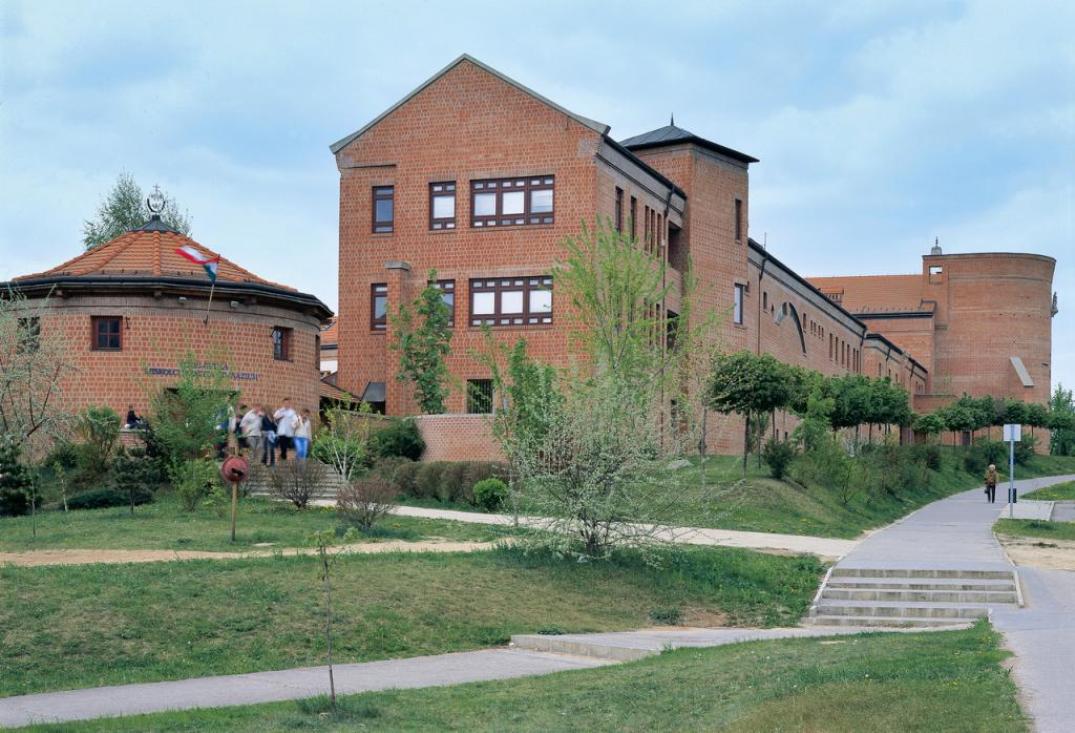 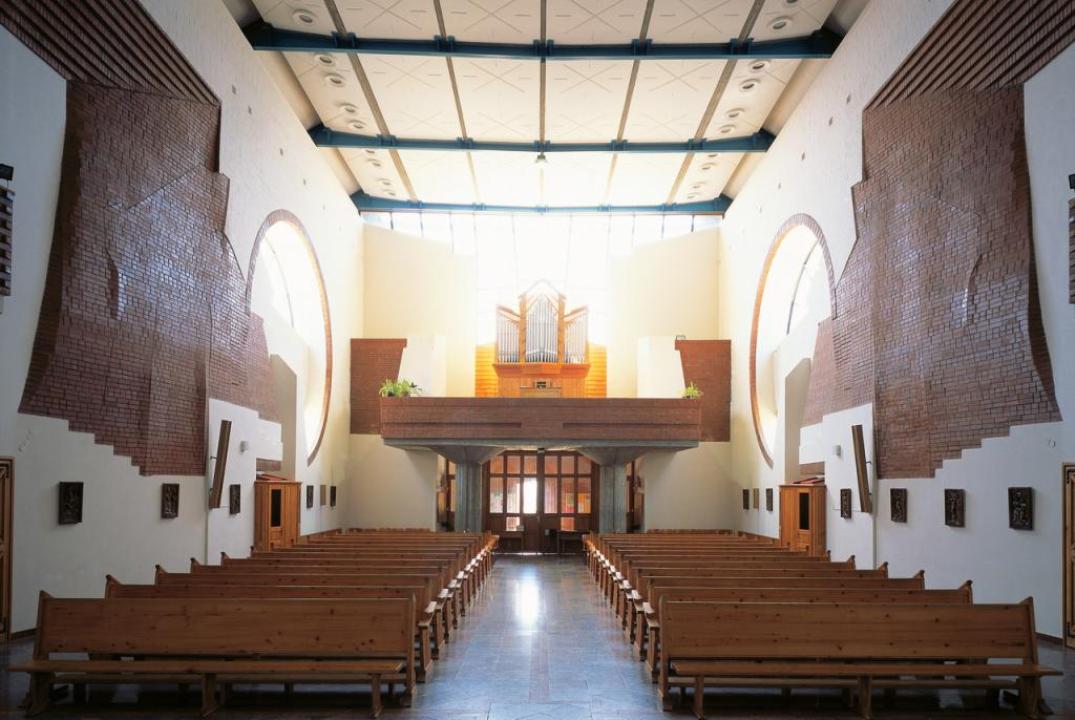 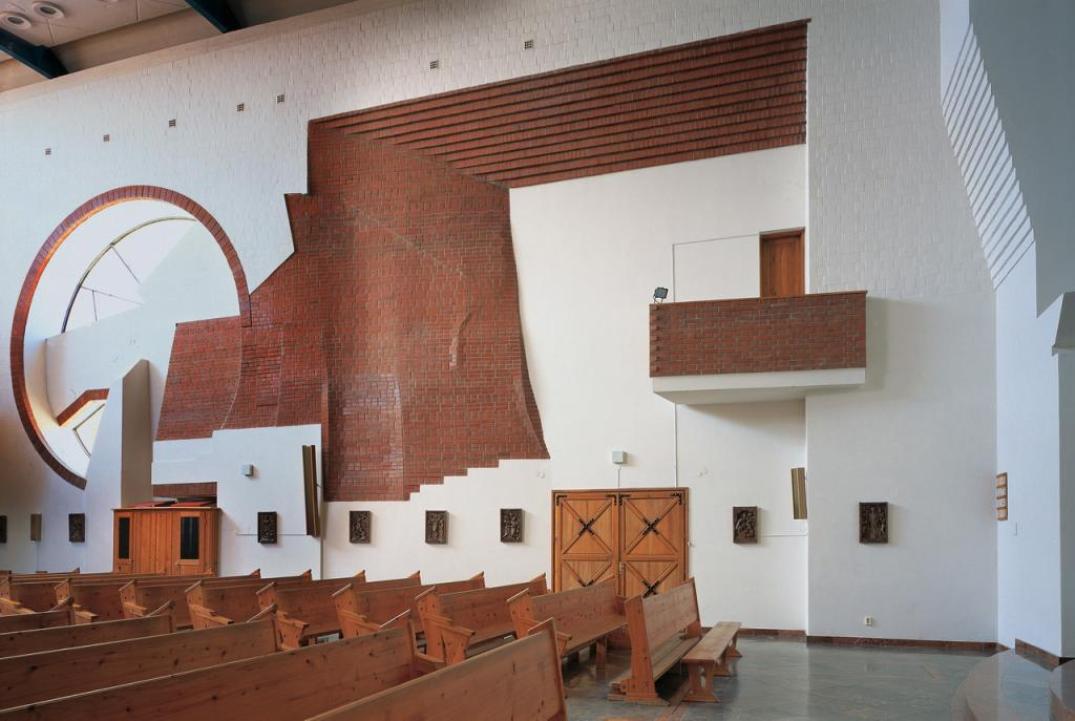 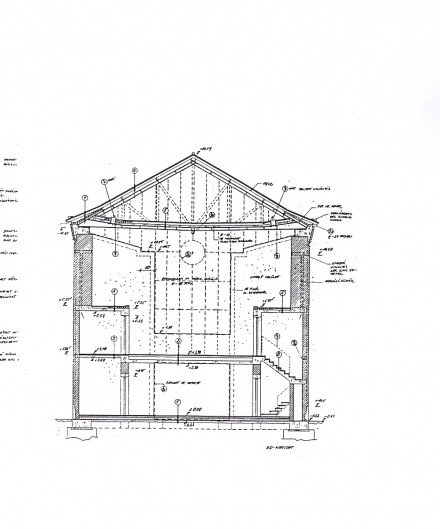 Tagged on: Ferencz István, Napur architect
By | 2013-10-01 | '91-'95, '96-'00, Miskolc, education, sacred |
This page belongs to the Critical Analysis of Public Buildings course, held by the Department of Public Building Design at the Technical University of Budapest. With the contribution of our students our aim is to create a comprehensive database collecting the most significant architectural works of the last 10-15 years in Hungary, at the same time making all the related publications also available. The homepage is updated regularly, the order of the publishing does not relate in any ways with the architectural value.