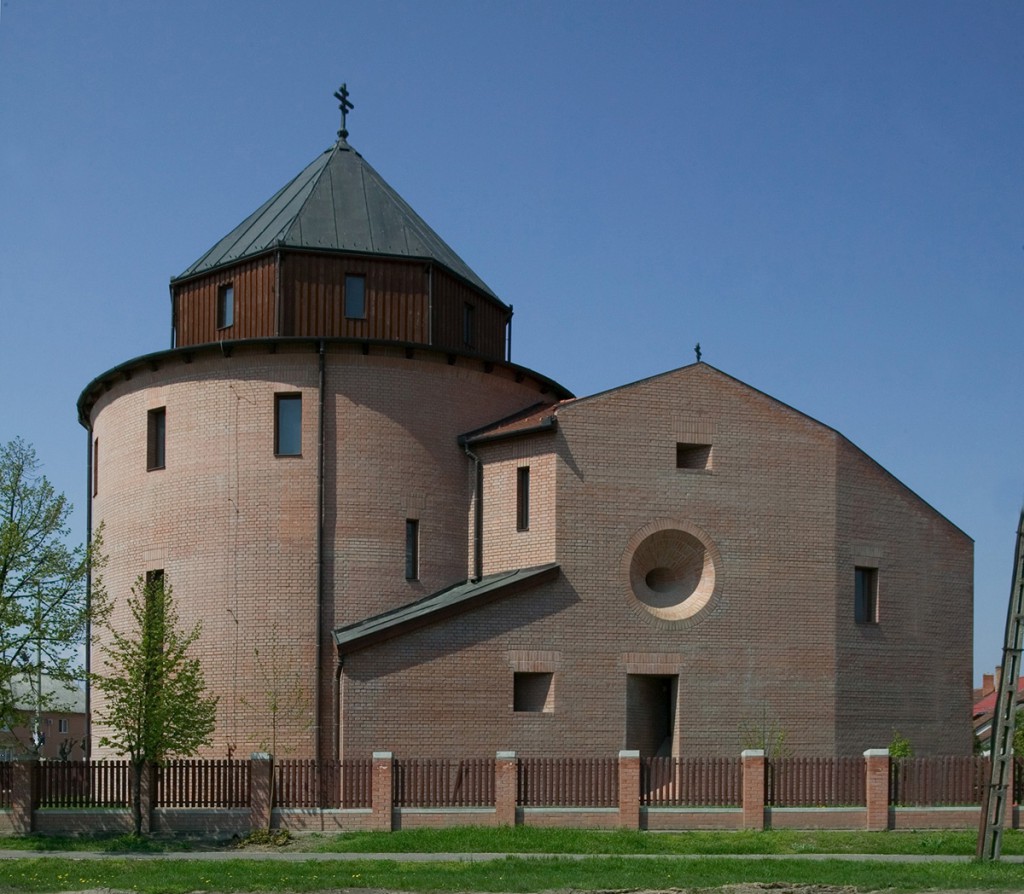 Fehérgyarmat is a small town in the North-Eastern part of Hungary, one of the most determinant place in the Szatmári-plate, which was an important trading center in the past. Before the dedication of the church in August 1999 Fehérgyarmat had not had a GreekCatholicchurch, becauseithad been mainly a Protestant town, but after the flood in 1970 a lot of Catholic families moved to the town from the nearby counties.

The church is situatedin a corner plot next to the town center, its installationwas primarly determined by the tradition of the East direction.The churchbell’s walland the vicarage would have been built in the corner of the plot, but these buildings are not yet finished. The form of the church is very complex, combines the typical central form of Byzantine and the linear space of Western churches. Thelayout of the building is a circle, covered by an octogonal pyramid-roof raised with a tambour, which was inspired by Byzantine churches.

The decoration of the building is very clear, the decorativity comes from the simple relationship between artistic elements, sothe main aesthetic shaping force is the mass forming itself. The street facades are very interesting, the western side is determined by the orthodox central form of the mass, in contrast with the the individual system of windows on the eastern side’s facade. The duality of the church is clearly visible between sacred and symbolic.

The wallsare made of brick with white plaster inside, the doors, windows and fixtures have nude wood material and the roof of the building is covered with copper-clad, reflecting to the aspirations of Balázs Mihály to reach the highest quality with the minimum of materials. The materials of the stairs - leading to the church assemblies room and the gallery - differ from the church, caused by the functional separation as well. 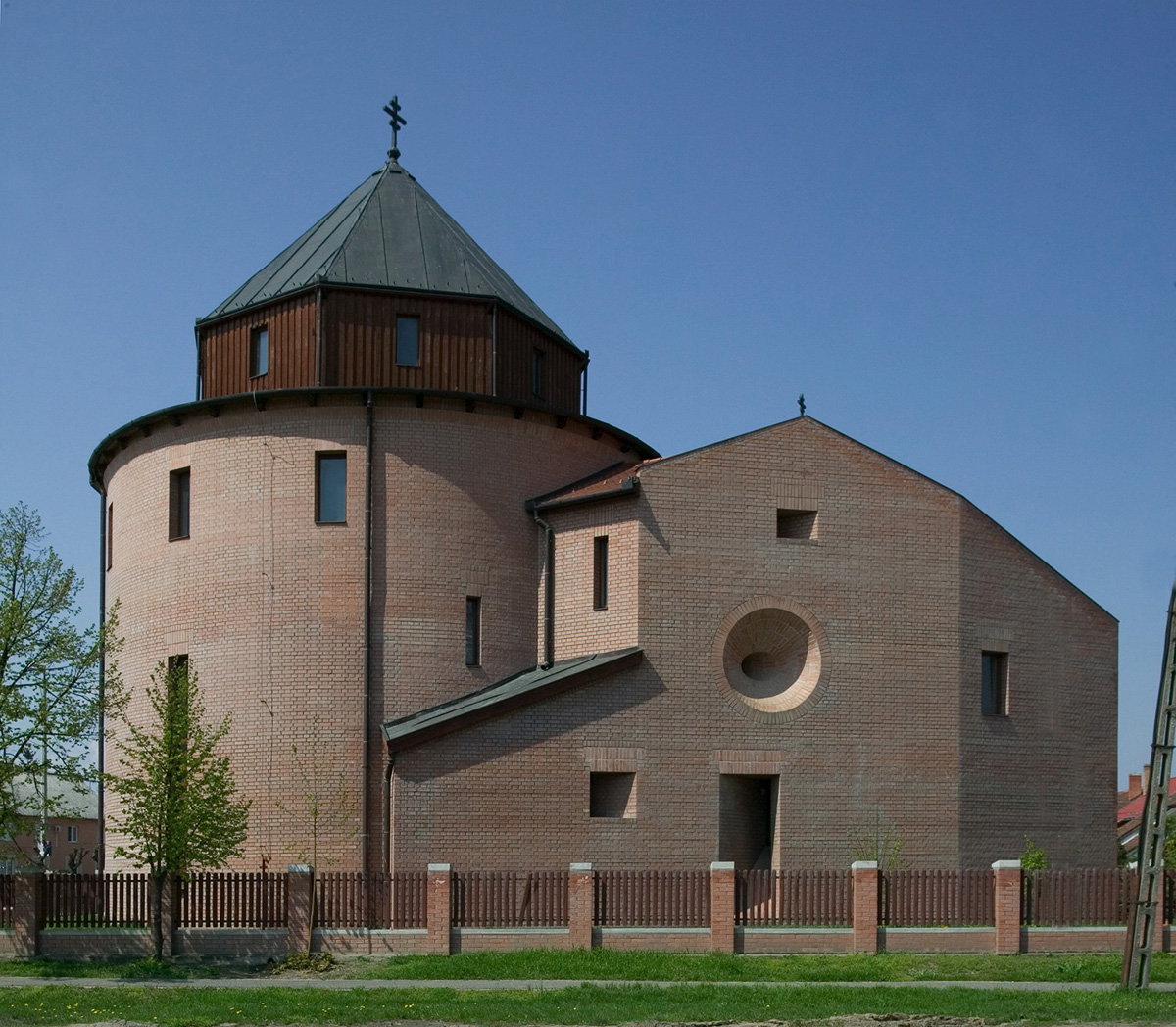 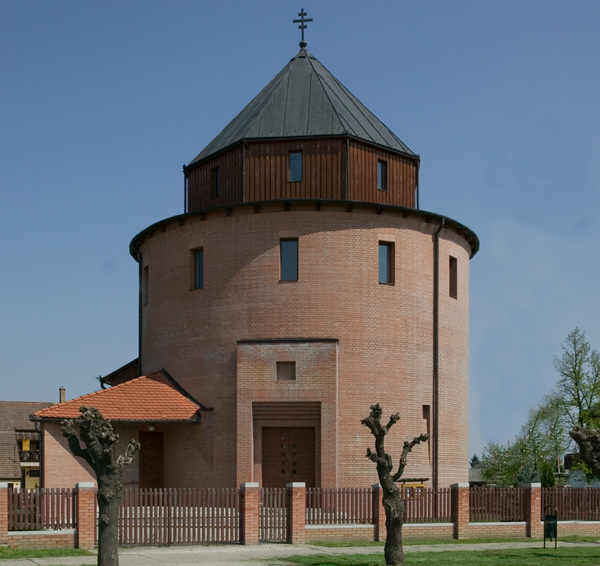 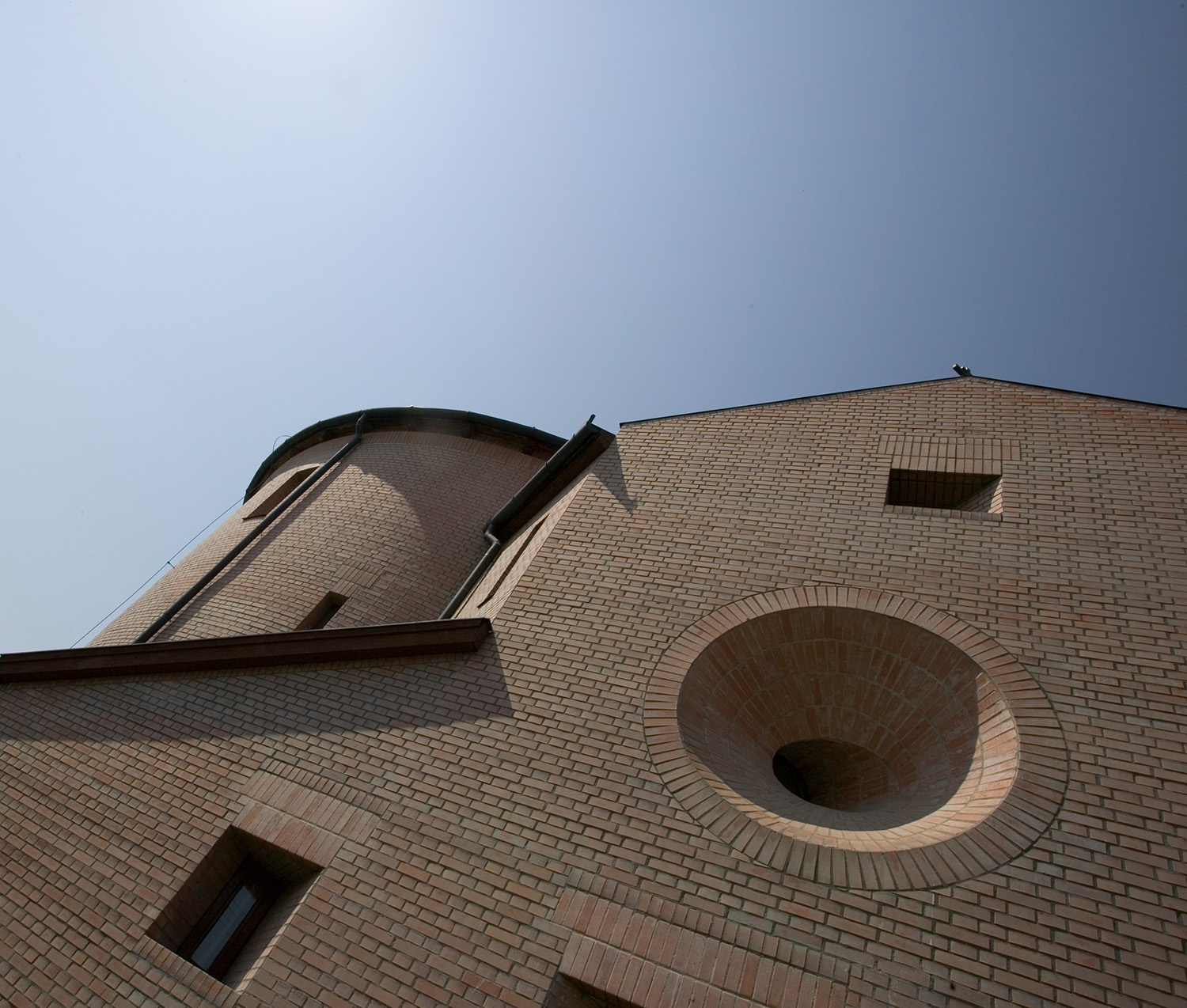 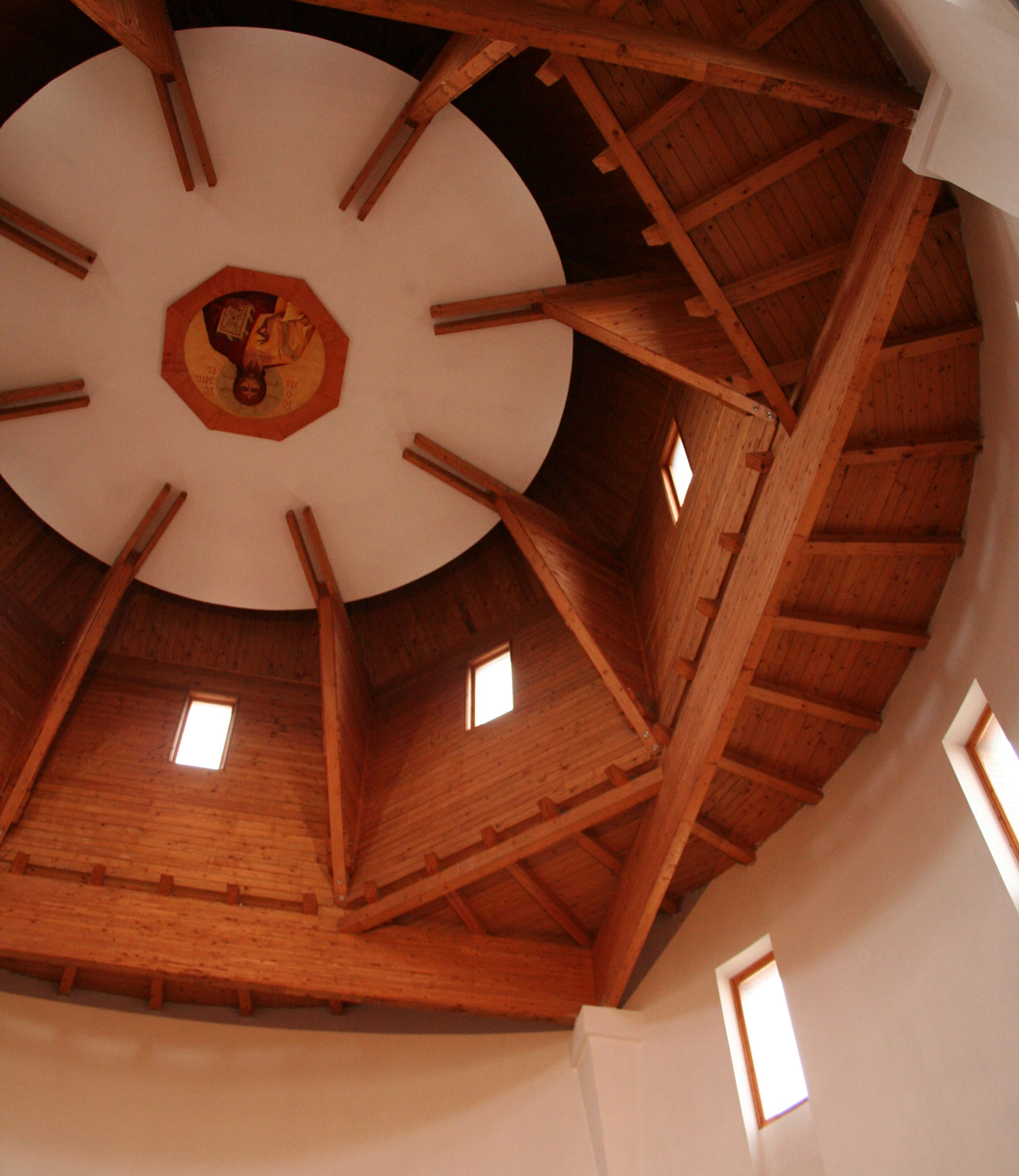 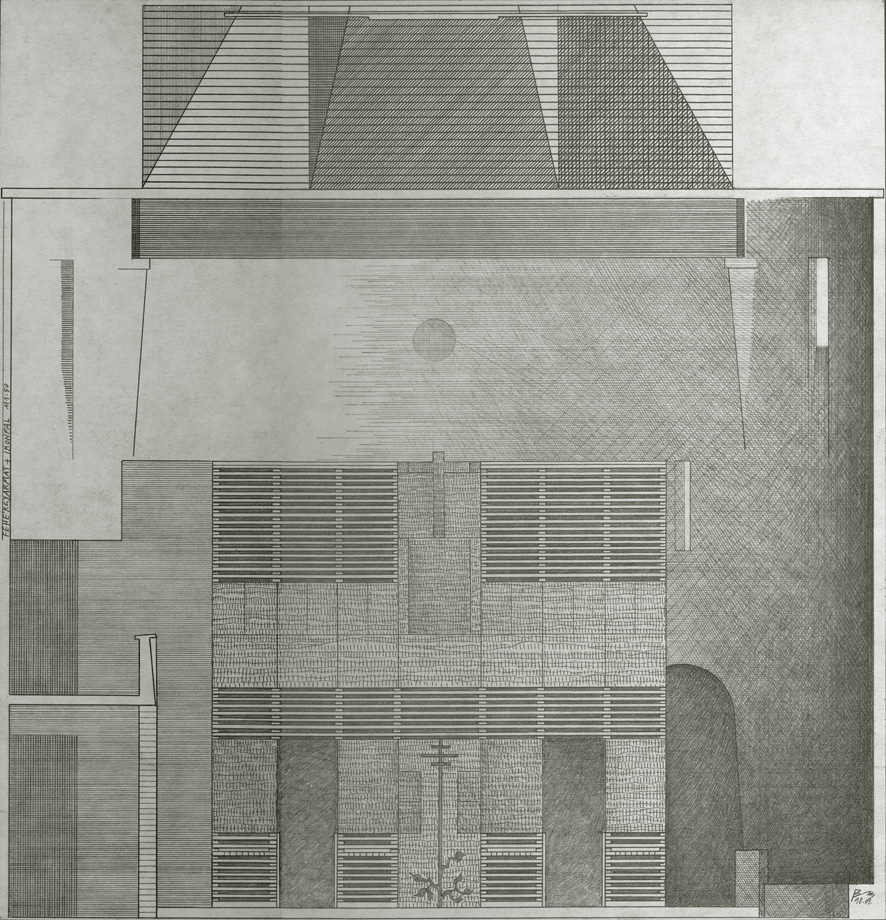 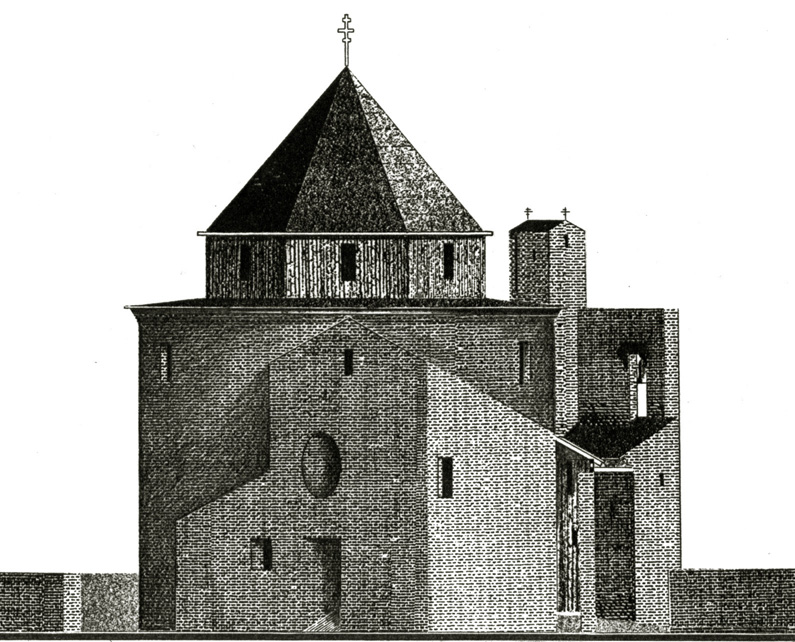 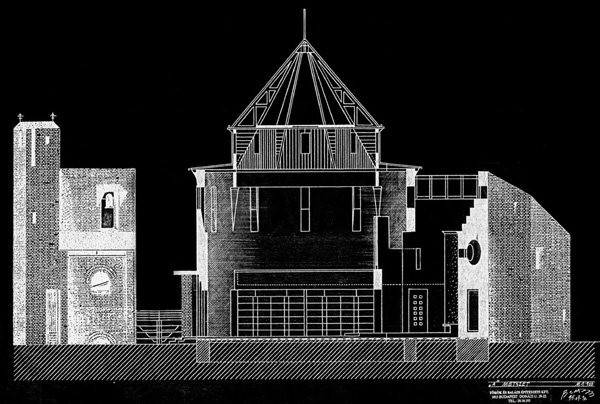 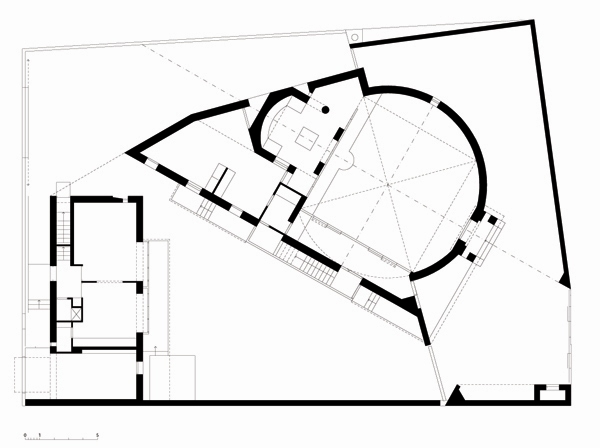 Tagged on: Balázs Mihály, Balázs Mihály Építész Műterme Kft., Somogyi-Soma Katalin
By | 2015-07-04 | '96-'00, Northern Plain, Fehérgyarmat, sacred |
This page belongs to the Critical Analysis of Public Buildings course, held by the Department of Public Building Design at the Technical University of Budapest. With the contribution of our students our aim is to create a comprehensive database collecting the most significant architectural works of the last 10-15 years in Hungary, at the same time making all the related publications also available. The homepage is updated regularly, the order of the publishing does not relate in any ways with the architectural value.