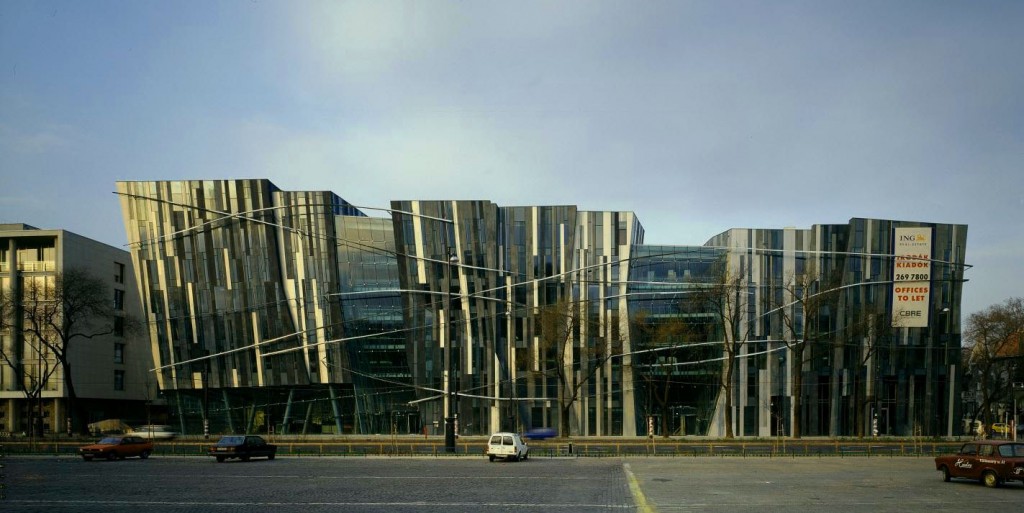 The relationship between the Dutch architect, Erick van Egeraat and the ING Real Estate Investment Ltd. has precedents. Egeraat was invited to Hungary by the ING, and they built two other office buildings in Budapest previously on Andrássy Street (1992-1994), and on Paulay Ede Street (1994-1997).

The opinions of the public widely differ concerning the façade of the new Headquarters Building situated on Dózsa György Street. But it is sure, that the office building is a great example of contemporary architecture in Hungary, which draws attention with success. The oblique facades leaning outwards are easily recognizable from a great distance.

Observing the main façade on the Dózsa György Street, the mass of the building is divided into three smaller parts, with the intention of following the measures of the villas from the neighborhood. The main facades are similar on each parts, dissected by vertical stripes made from stone, glass or patterned glass. The parts are connected by lobbies, covered with point-fixed glass structures. The last, upper layer of the skin is the hectic order of horizontal steel-stripes that twines and twists all over the building.

Despite of the pronounced and almost flagrant, striking main façade, the other facades are a lot simpler. They operate with plastered surfaces, holes and various shapes of windows, so these facades look modest comparing to the previous one.

Egeraat confessed in an interview: “fashion design and fine arts are closer to today’s life. Most of the architects plan for eternity, and therefore become alienated from today’s life. For me the fashion is a way of ensuring my presence in this life. I believe that you can only design good buildings, if they are good enough for the present.” (Magyar Építőművészet, 2004) According to Erick van Egeraat, only the special, different ones can survive. It is our turn to find out, what we think about this different building, what will be the result of the judgement. No doubt, the Headquarters Building of ING managed to create a lot more to deal in relation with our contemporary architecture in Budapest. 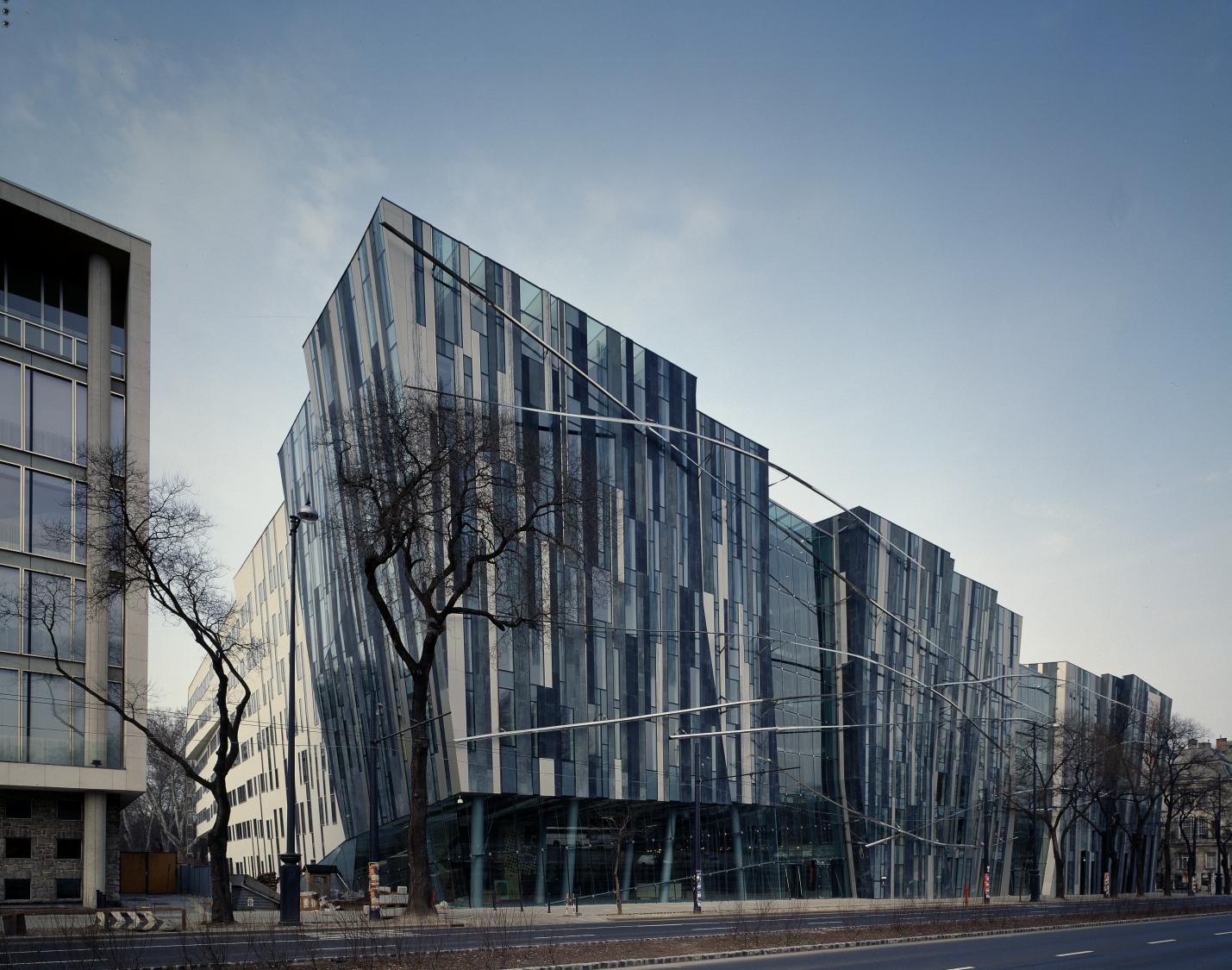