The office building in Paulay Ede street is the first comission of Erick van Egeraat in Hungary (after the revitalisation of the neighbouring building), after which he started his Budapest office.

The ING bank commissioned the Dutch architect Erick van Egeraat to design their Hungarian headquarters; the first chosen building is located on the Andrássy Street. It was an old and ruined neo renaissance building from 1889. The building is a national monument so it was forbidden to change its facade. Soon the ING bank needed more space for its offices so they bought the neighboring building site. Erick van Egeraat and his group of architects designed the extension of the headquarters too.

The floors of the extension on the Paulay Street are connected with the renovated buildings. The form of the building is simple and elegant. Its relation to the adjoining buildings is limited to the facades height, which matches with the height of the other buildings facades. The extension building clearly stands out of its surroundings due to its materials and design which diverges from the other buildings. The fact that the façade is tilted makes the contrast between the extension and the neighboring building much more outstanding. At daylight the transparent glass facade of the building reflects the facades of the surrounding buildings making it less outstanding. At night, the lights of the building reveal the inner structure.

After a while the extended building seemed to became small too, so the ING bank entrusted Erick van Egeraat to design a whole new building for them. Nowadays the buildings at the Andrássy and Paulay Ede Street are being used as hirable offices. 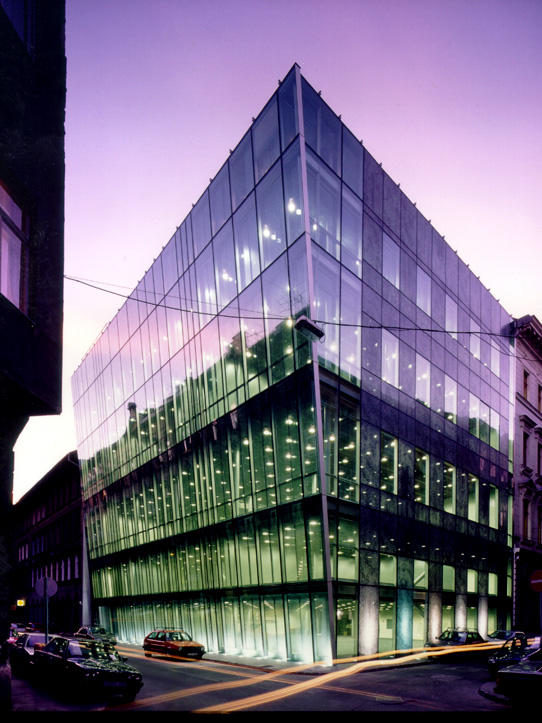 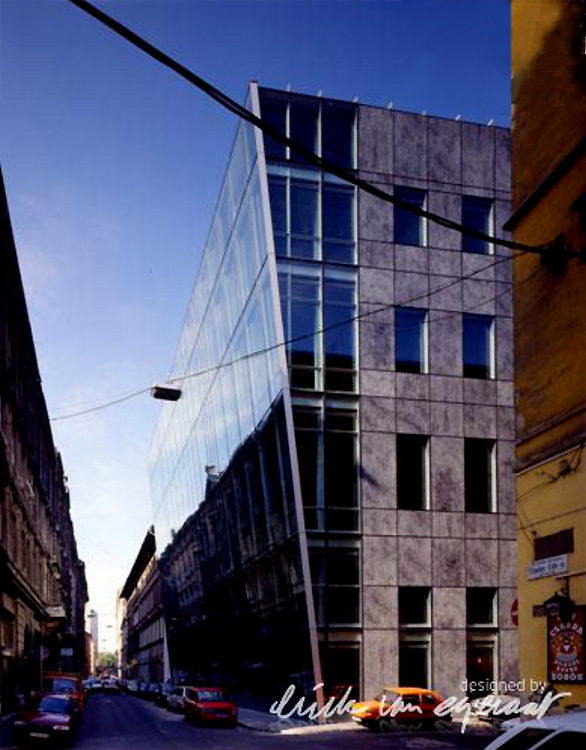 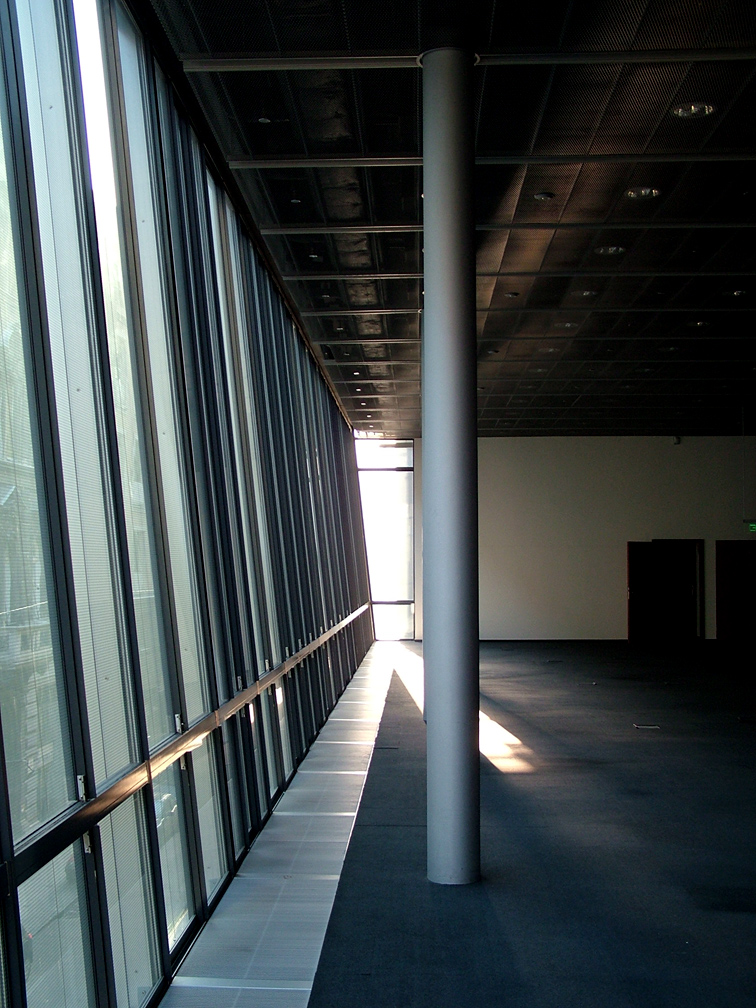 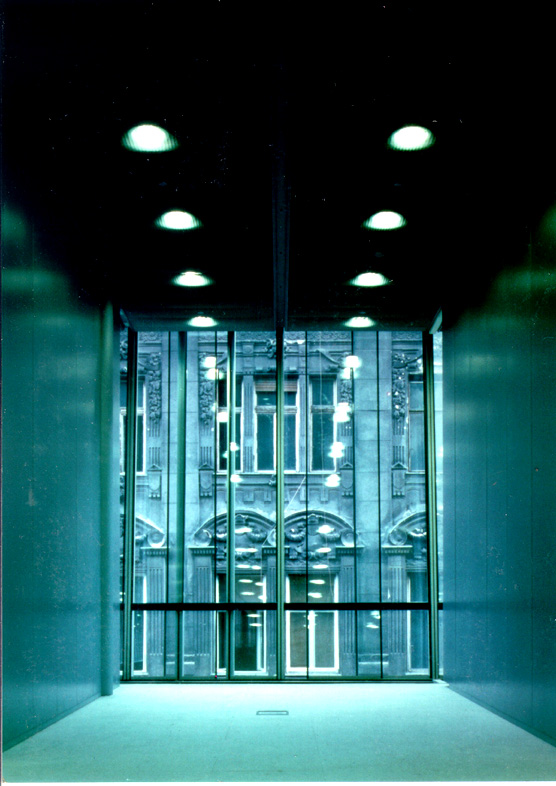 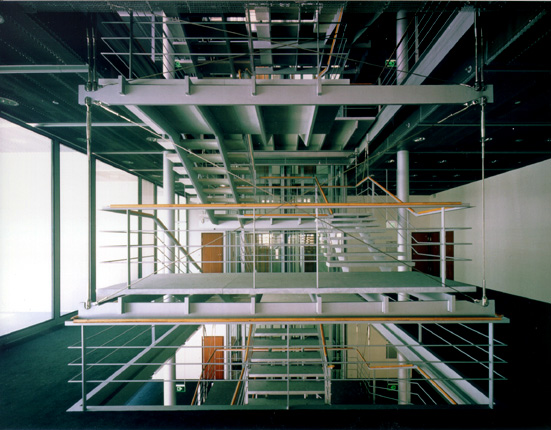 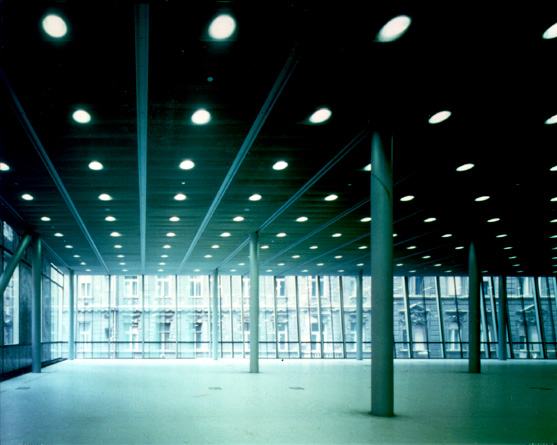 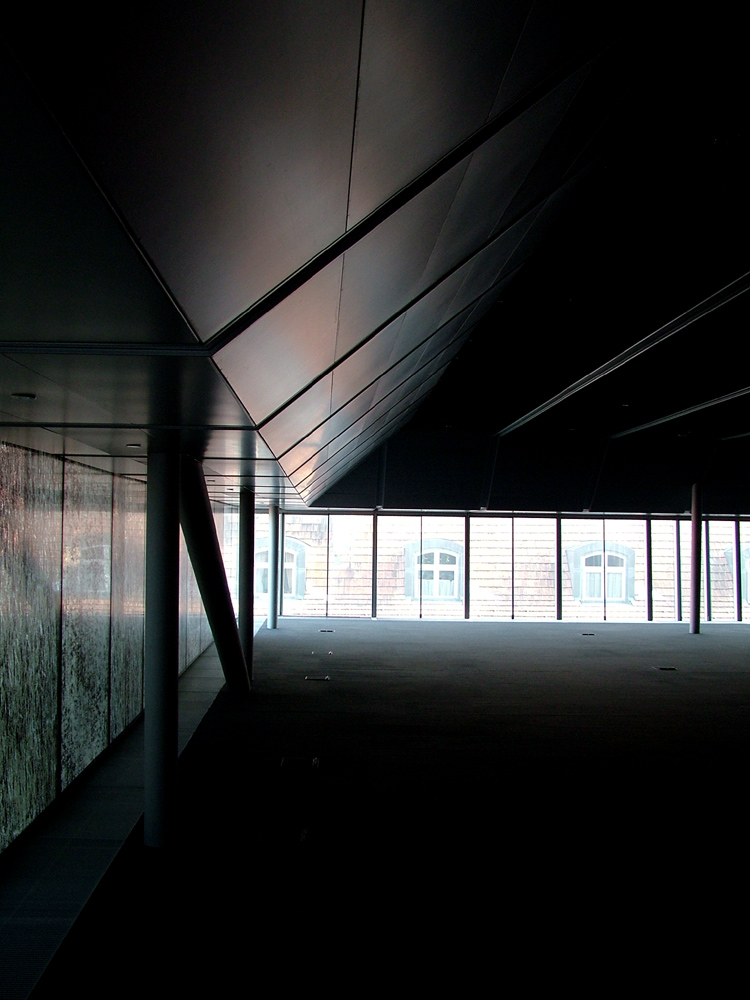 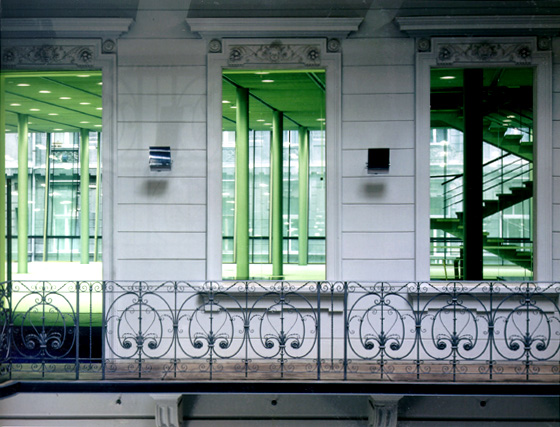 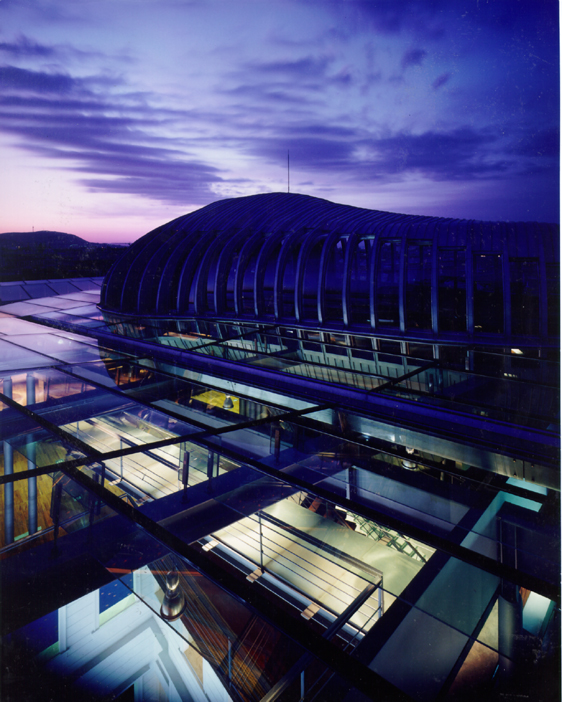 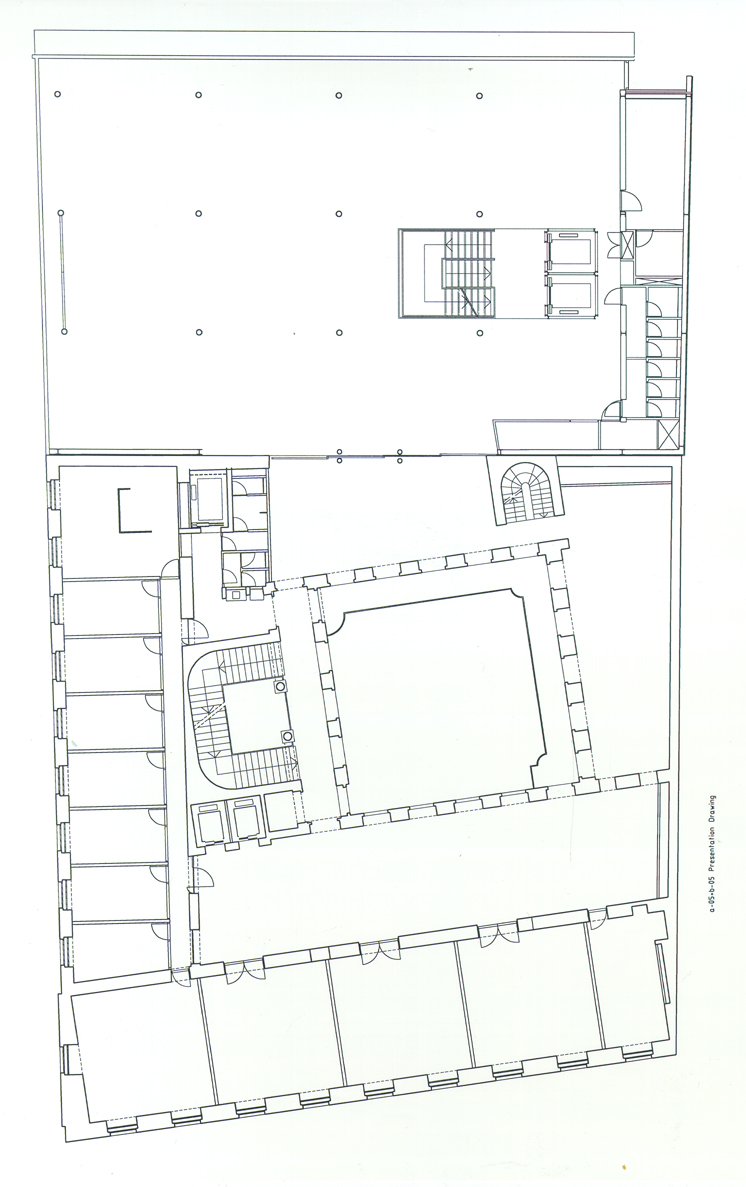 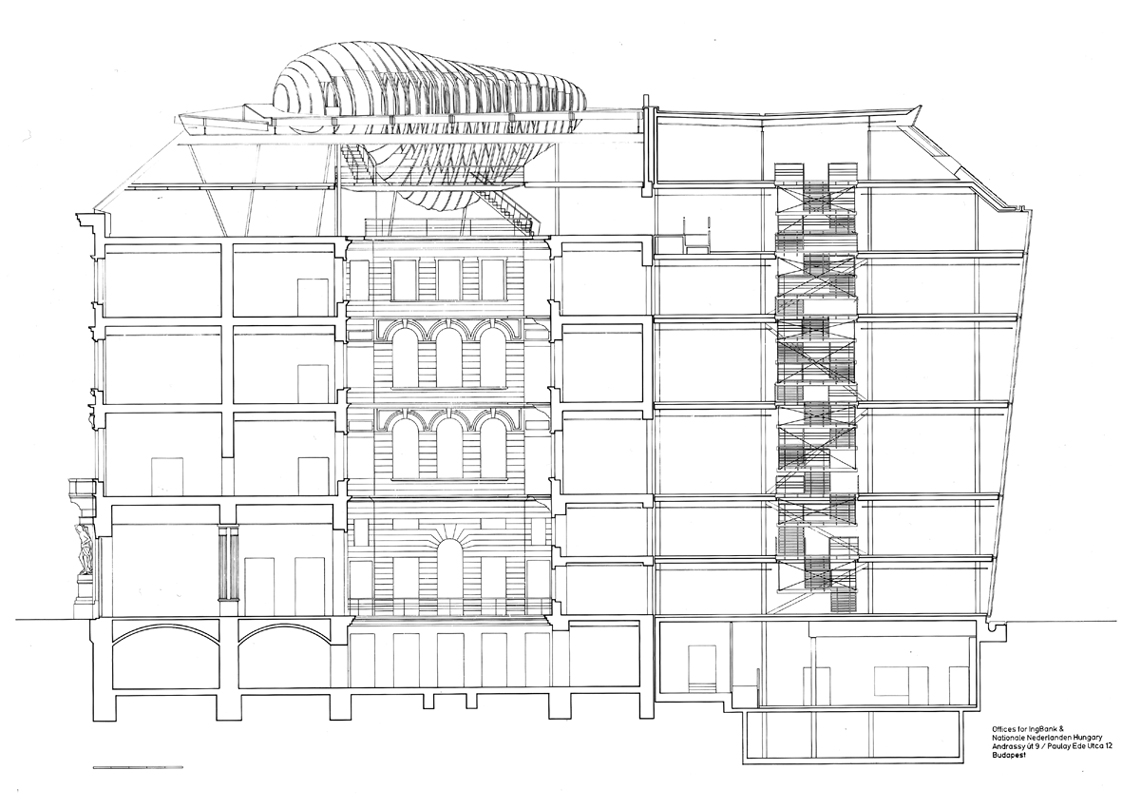 Tagged on: EEA Budapest Kft., Erick van Egeraat, Komjáthy Attila, Kruppa Gábor, Maartje Lammers, Tiba János
By | 2014-07-06 | '06-'10, office, Pest |
This page belongs to the Critical Analysis of Public Buildings course, held by the Department of Public Building Design at the Technical University of Budapest. With the contribution of our students our aim is to create a comprehensive database collecting the most significant architectural works of the last 10-15 years in Hungary, at the same time making all the related publications also available. The homepage is updated regularly, the order of the publishing does not relate in any ways with the architectural value.