The Ferenciek square is one of the most decisive and stunning points of Budapests historical city centre. The Klotild Palaces, which were constructed for a special request by the Dutchess Klotild Habsburg in 1902 after the plans of famous architects Flóris Korb and Kálmán Giergl, are rising high above the square with their twin masses and facades, creating an elegant gate towards the city from the Erzsebet-bridge on the opposite sides of the route Szabadság.

Regarding the fact that the buildings have been constructed at the beginning of the 20th century, the original structure is very innovative. The lower floors have a steel pillar structure with a marble cladding. Also they have been in between the first palaces in the capital with a functioning elevator at the time. The stained glass windows were made by famous Hungarian artist Miksa Róth. The high quality neo-baroque palaces are under monumental protection since 1977.

The northern palace was bought by an Italian investment group back in 2002 from the Magyar Posta Zrt., the southern twin is still governmental property. The investors had quickly recognized the unique potential in the building, so they requested a proposal for a high quality reconstruction right away. With the planning of the rehabilitation they have entrusted the Mérték Architectural Studio Ltd. This way thanks to the investor’s intention and the monumental restrictions the northern palace could regain its original structure and sublime appearance. The first floors facilitate the administration as well as the entertaining functions like restaurants, boutiques and conference halls. The upper floors include 102 hotel rooms. As an extra hint a rooftop terrace has been attached to the mass from where with its tower the visitors have an opportunity to be enlightened by the wonderful highline of Budapest.

The contemporary additions are creating a decent contrast in between the old and the new elements in the interiors. On the surfaces of the atrium a neutral stone cladding has been used. The openings of the corridor have preserved their primal rhythm, but they appear now in a more settled and elegant shape, adapting to the age. The designers unified the inner surfaces by whitening the authentic neo-baroque and secession ornamental details.

A Buddha Bar Brands hotel is functioning in the building, so their signature colours (red, black and gold) and design has determined the interior design. The result is trying to imitate an eastern style quite harshly, while creating a rather controversial atmosphere.

After a long and difficult rehabilitating process the Klotild Palace has opened its doors again to the public in June, 2012. 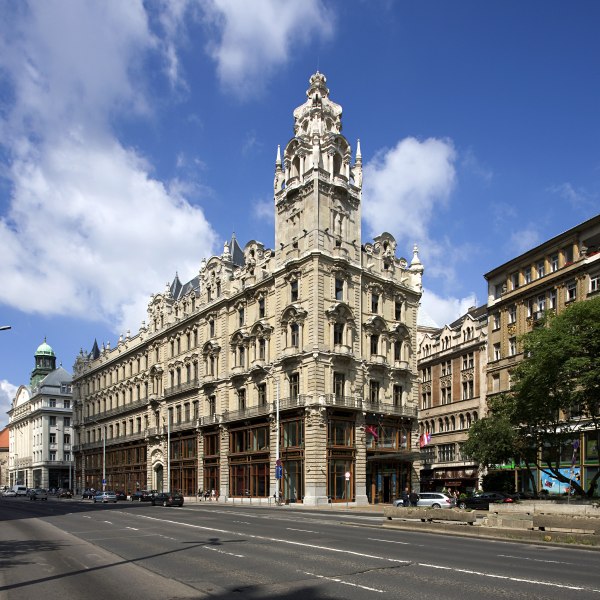 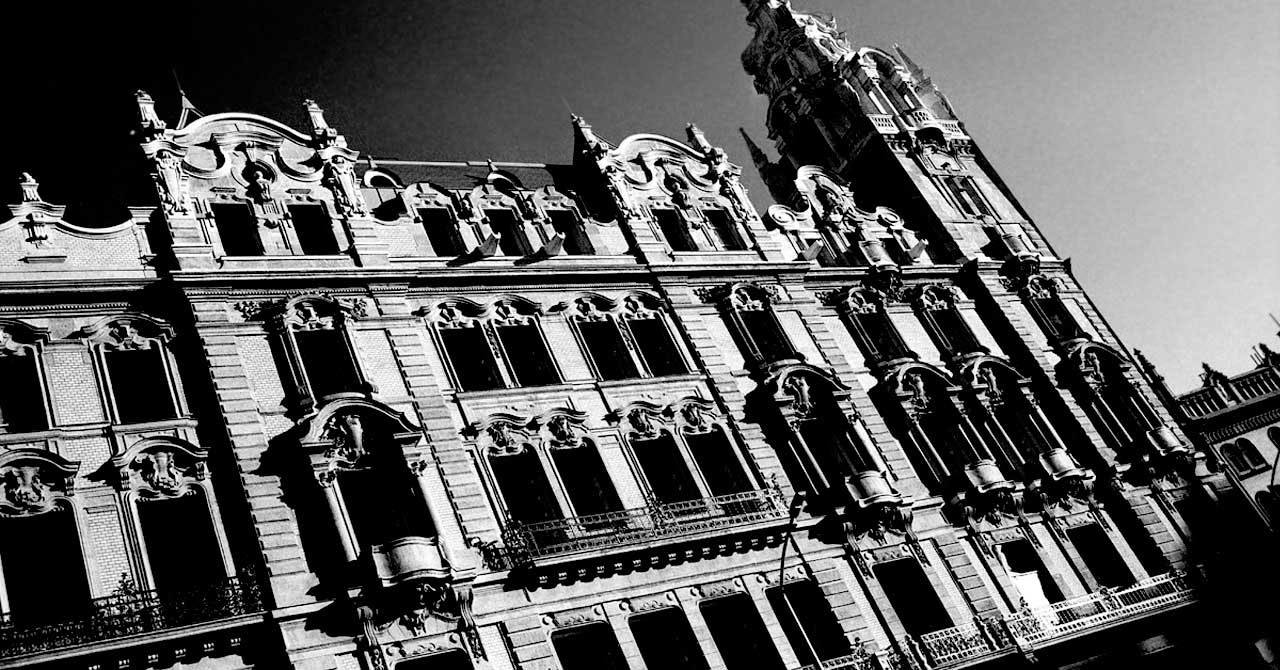 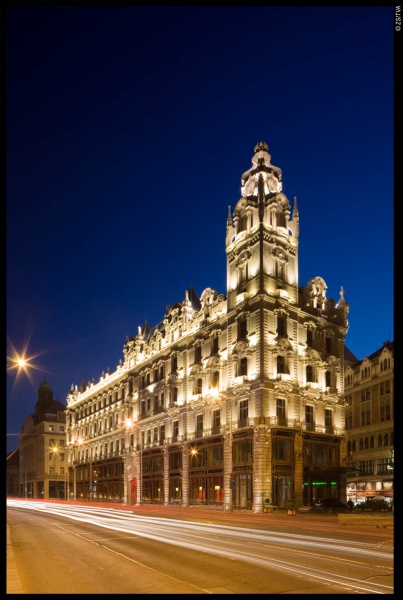 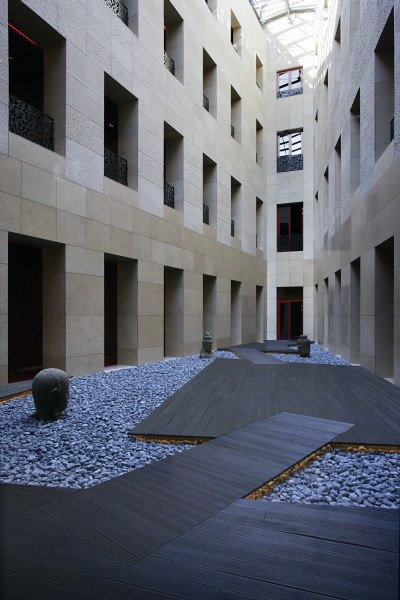 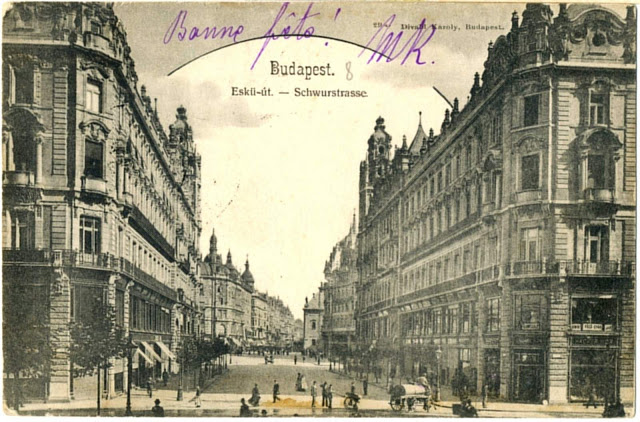 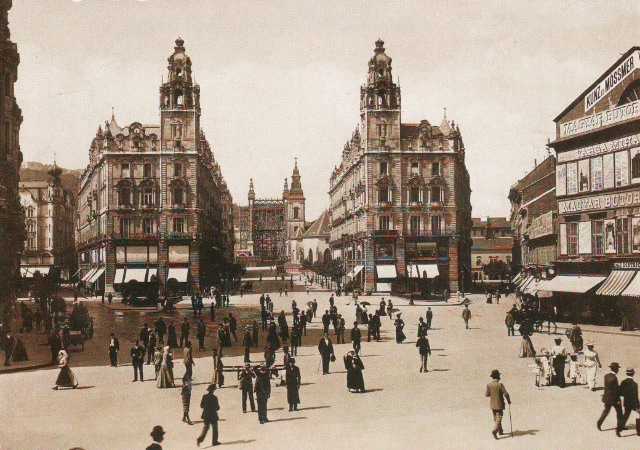 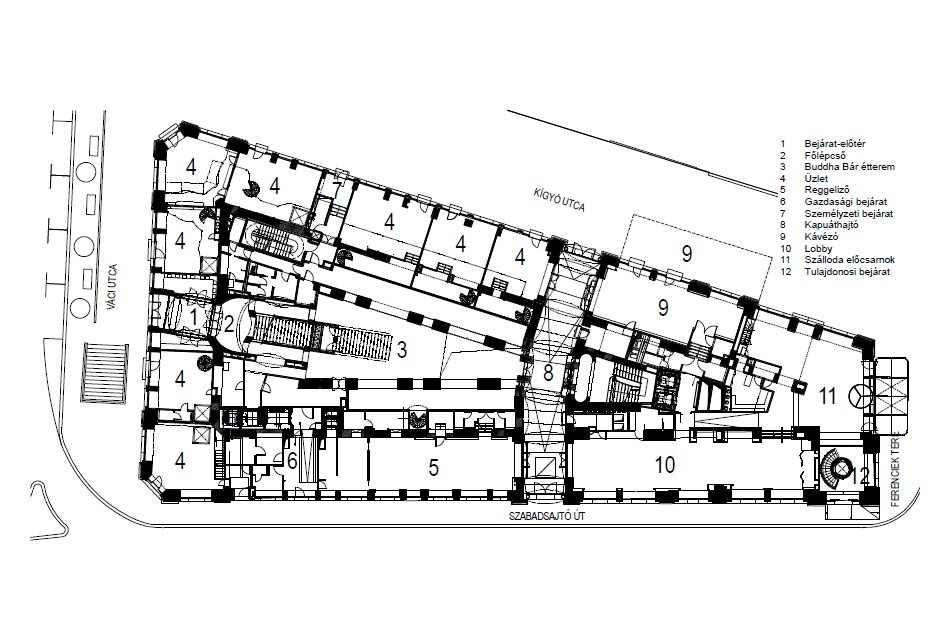 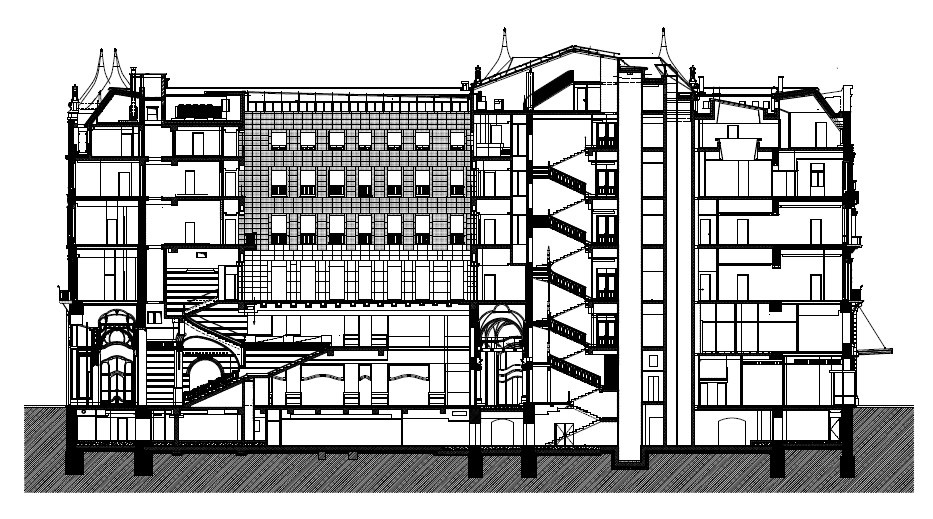 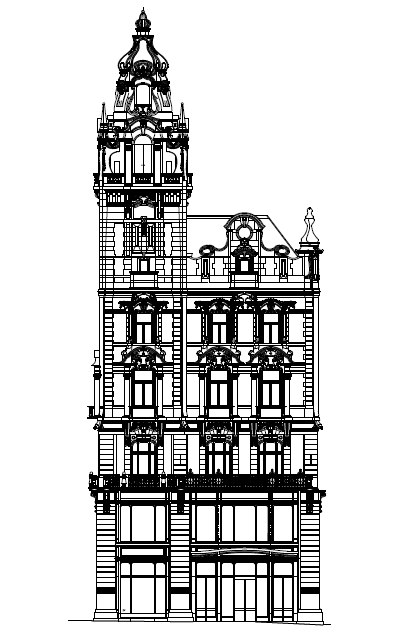 Tagged on: B.Terbe Erzsébet, Czetl Orsolya, Gulyás Róbert, Heltai Xavér, Komjáthy Attila, Márton Eszter, Mérték Építészeti Stúdió, P. Csutorka Júlia, Rádai Mária
By | 2013-10-26 | '11-'15, Pest, accomodation, service |
This page belongs to the Critical Analysis of Public Buildings course, held by the Department of Public Building Design at the Technical University of Budapest. With the contribution of our students our aim is to create a comprehensive database collecting the most significant architectural works of the last 10-15 years in Hungary, at the same time making all the related publications also available. The homepage is updated regularly, the order of the publishing does not relate in any ways with the architectural value.