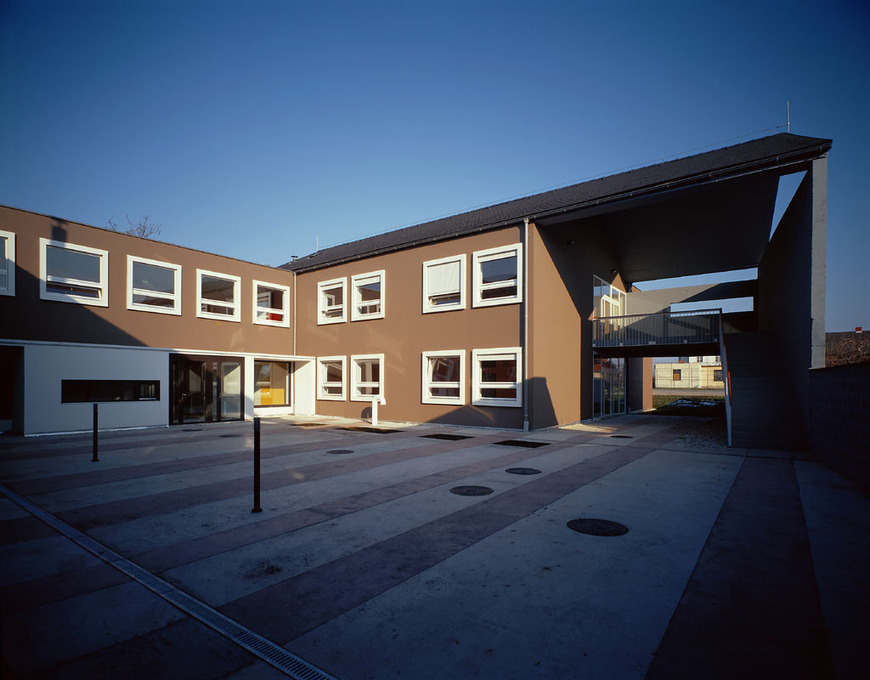 An important part of the activity of the 3h architecture – also in theory and in practice – is to find a way to make the suburban and contemporary culture meet. One of the materialized examples is the building of a school for the mentally disabled in Csorna.

Csorna is an agricultural town, with traditions of over seven centuries. This was the source of the concept, to design the building with the deliberate abstraction of the traditional elements.

As the architects say: „The main guiding idea in conceptualizing the school was the closed peasants' farmyard which is a widespread feature in the neighboring small cities on the lowlands. So this building is characterized by its courtyard surrounded by built structures where, however, one could pass through even on a farm wagon. Thus covered and uncovered „inbetween” spaces were generated – the dialectic of openness and closure prevails. The horizontal flat and the traditional pitched roofs are altering one behind another. They give linearity and dynamism against the static motive of the U-shaped courtyard.”

The carefully chosen materials and colours of the facades and the interior are also attempting to keep the traditions. The old values live on through analogies such as the parallel between the colour of the external walls and of the ground, the connection between the textures of the decking and the naked concrete and the practical and puritanical logic of the details.

In the contrary are standing some cleanly formed elements. As an example instead of the habitual gates there are empty gaps left in the fence, which goes against the traditional patterns.

Considering the function, the house is strictly functional, which is also presented int he use of materials on the facade. The dark brown colour of the walls is only moved by the white-framed windows, that are slightly popping out from the surface. In the inner world vivid colours are complementing the disciplined and moderated appearance.

As every transcription, this building doesn’t reveal its initial constraints either. It ponders which concealed values should be put to display. It removes some elements, alienates them, discards some parts, adds other ones thus creating a new entity. 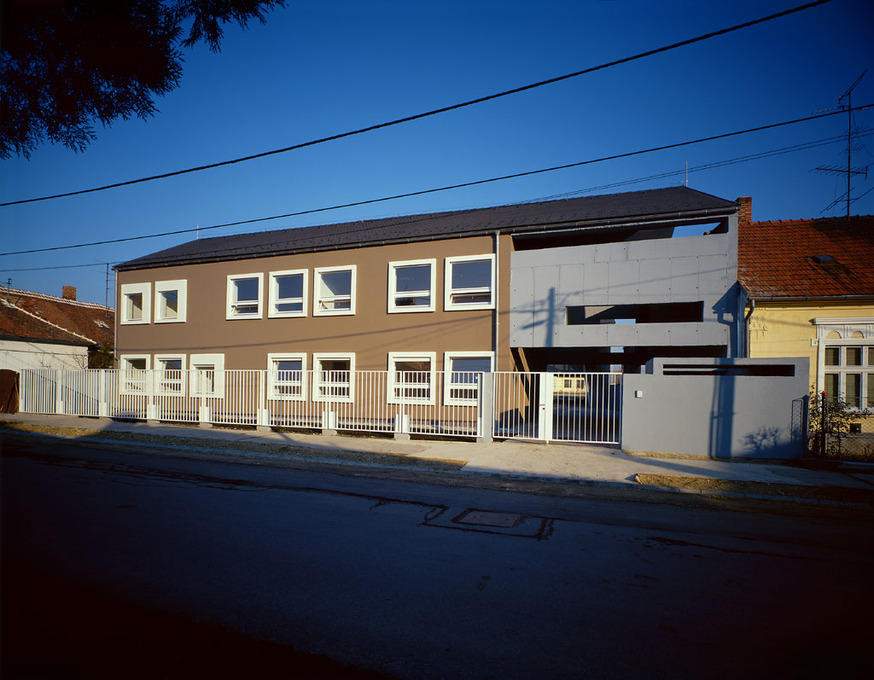 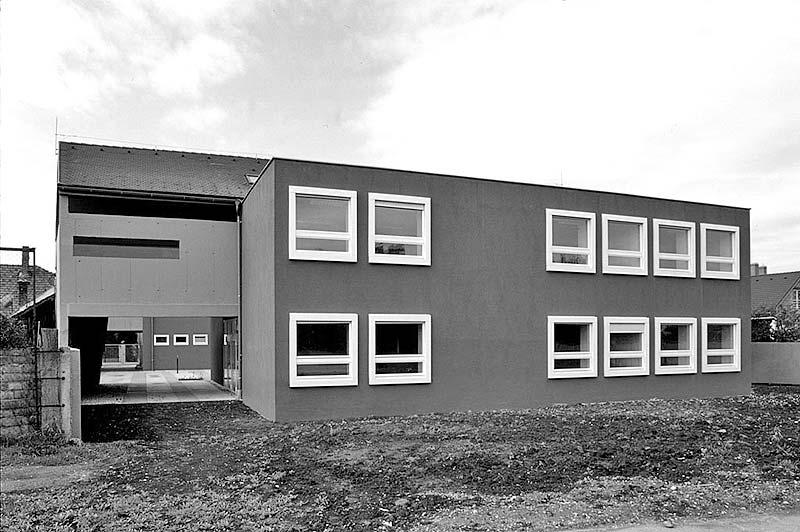 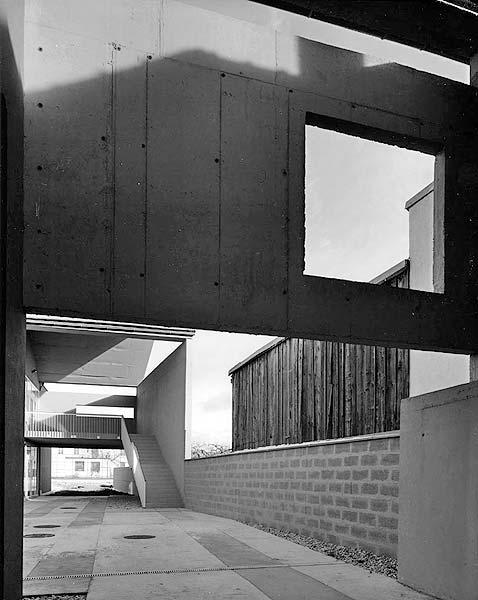 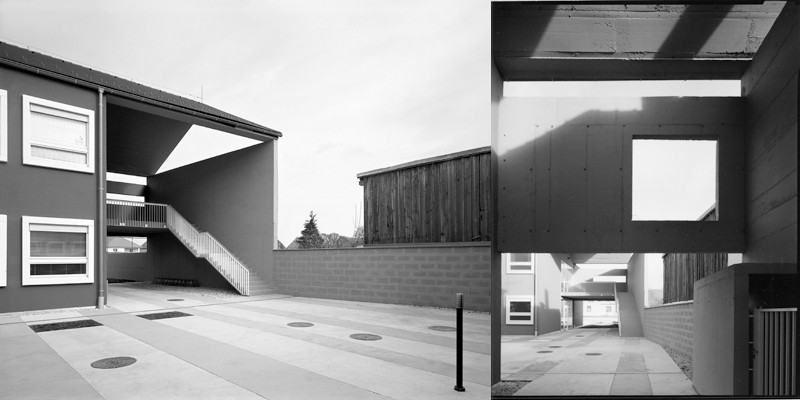 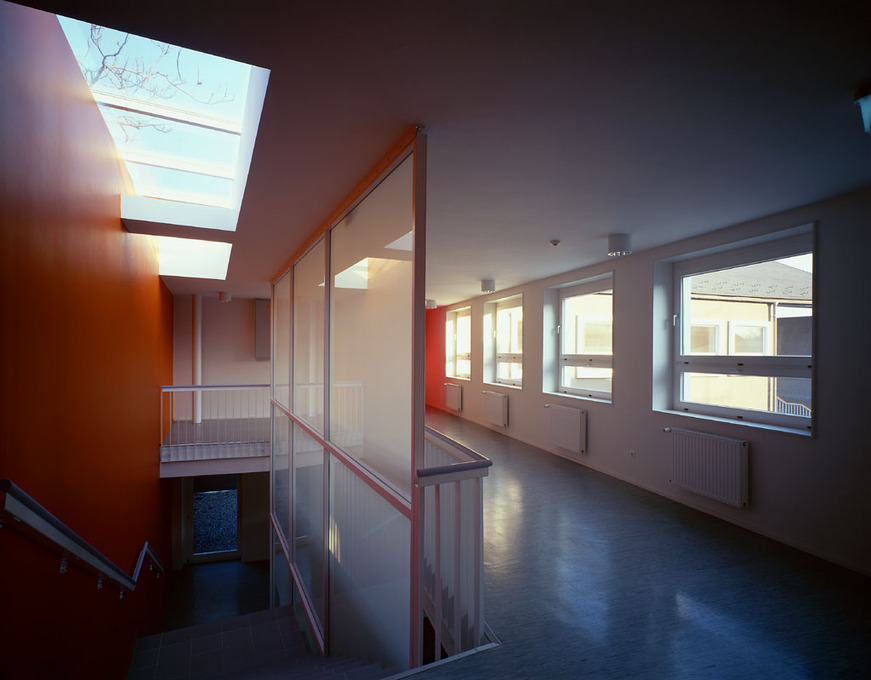 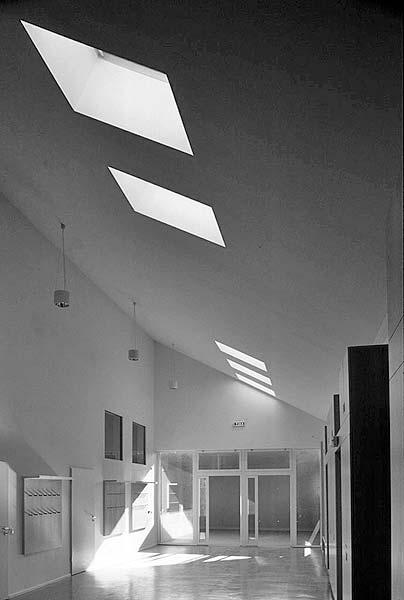 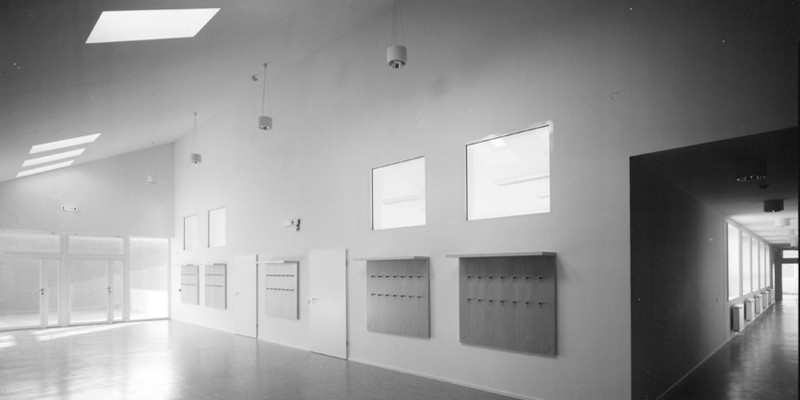 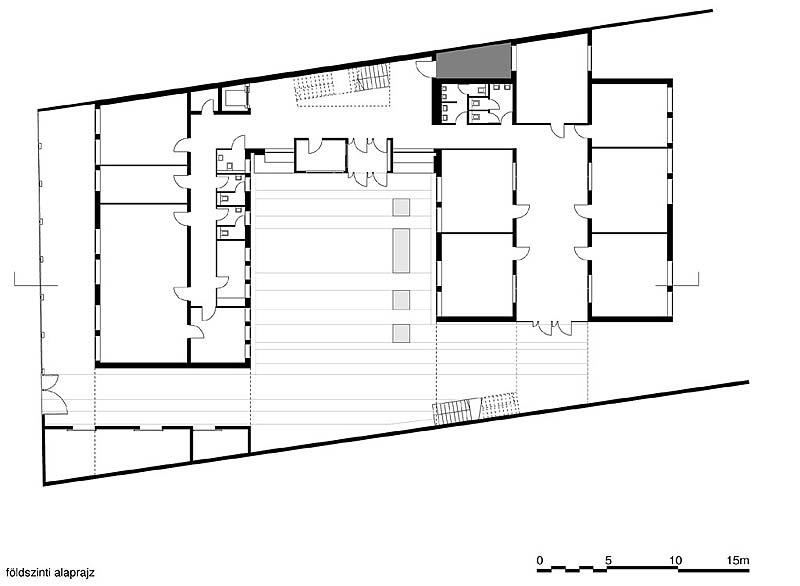 Tagged on: 3H építésziroda, Csillag Katalin, Gunther Zsolt
By | 2014-05-06 | '01-'05, Csorna, education |
This page belongs to the Critical Analysis of Public Buildings course, held by the Department of Public Building Design at the Technical University of Budapest. With the contribution of our students our aim is to create a comprehensive database collecting the most significant architectural works of the last 10-15 years in Hungary, at the same time making all the related publications also available. The homepage is updated regularly, the order of the publishing does not relate in any ways with the architectural value.