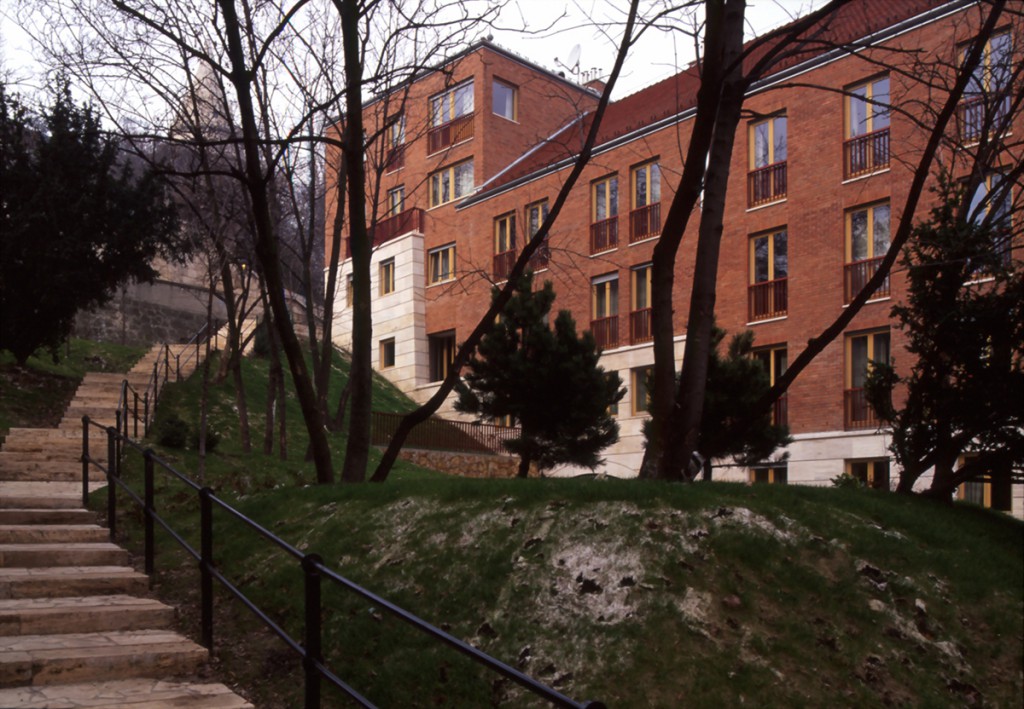 The Wallenberg Guesthouse is located in the historical Castle District of Buda, a World Heritage area. CEU IAS (Central and Eastern Europe - Institute for Advanced Study) fellows reside at the Wallenberg Guesthouse in the Buda Hills. With 27 fully equipped apartments ranging in size from 44 to 90 square meters, it provides fellows with superb live-work space. It also accommodates other guests based on availability.

The project was realised following an invited competition - the building itself is located under the Fisherman's Bastion 5 minutes walk to Collegium Budapest with entrance both to Toldy Ferenc Street and Szabó Ilonka Street. The polished stone and brick facade with simple geometric forms, which it fits in the historical environment of the castle.

The new house is quite simple (a close relative the Reimholz's Hapimag building up in the castle), is produces a definite closure to a street with its correlation of mass coded into local architectural history, in the role of corner house. Its red brick appearance settles the local argument on mortar versus bick facades. This practice, which is becoming a tradition, gives an opinion on the quality of middle-class life, and of the conception of it, where the historic walls have rather mixed materials.

A brick building, expressing diligence, indefatigability, consistency and social stability ’speaks’ here. The discrepancy of tradition coded into the environment and of the unfitting item which wants to conform can only be done away with in one way. The antagonism would disappear if traditions were sustained by a kind of softly inspired desire, and in the case of a few completed buildings, initiative of a new social quality and a future of higher standards, and by a civil pride which has been non-existent up to this day in the changing population of cadre-settlers, intellectuals, artists, entrepreneurs and mobsters… Or, there is still some bourgeois pride left in some presistent, loyal, or simply dumb citizens, and it is also going to appear slowly in some newcomers as a consequence of these soft effects.

Csomay and Reimholz - through the medium of architecture and planning - will define an appropriate social vision.

The architects were given the Budapest Niveau Prize for the building in 2001. 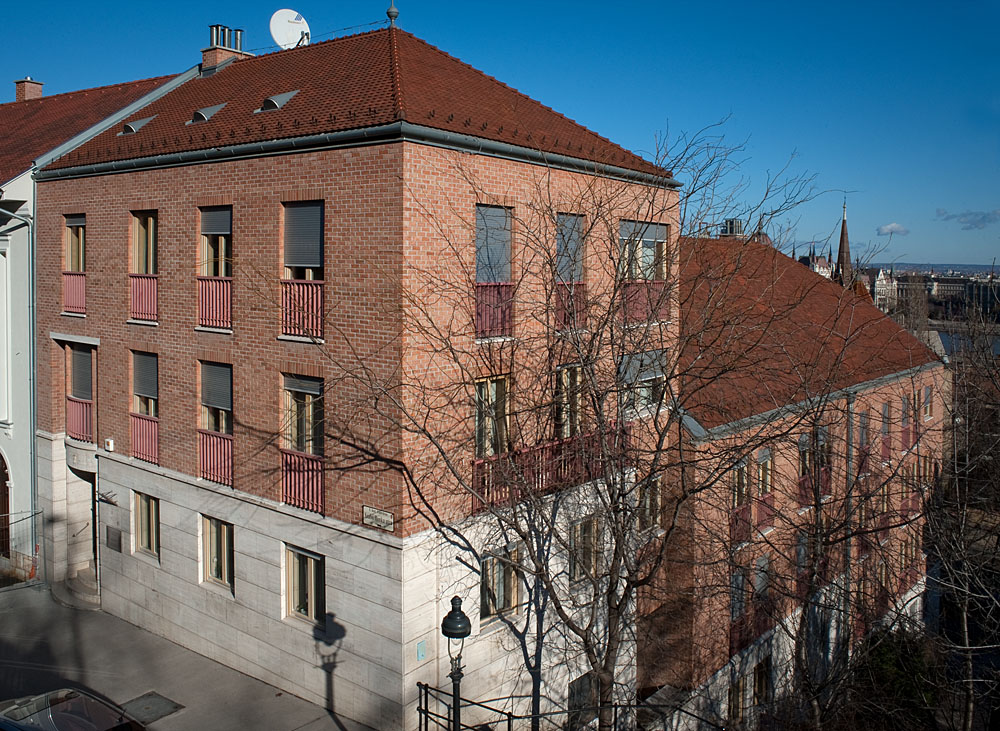 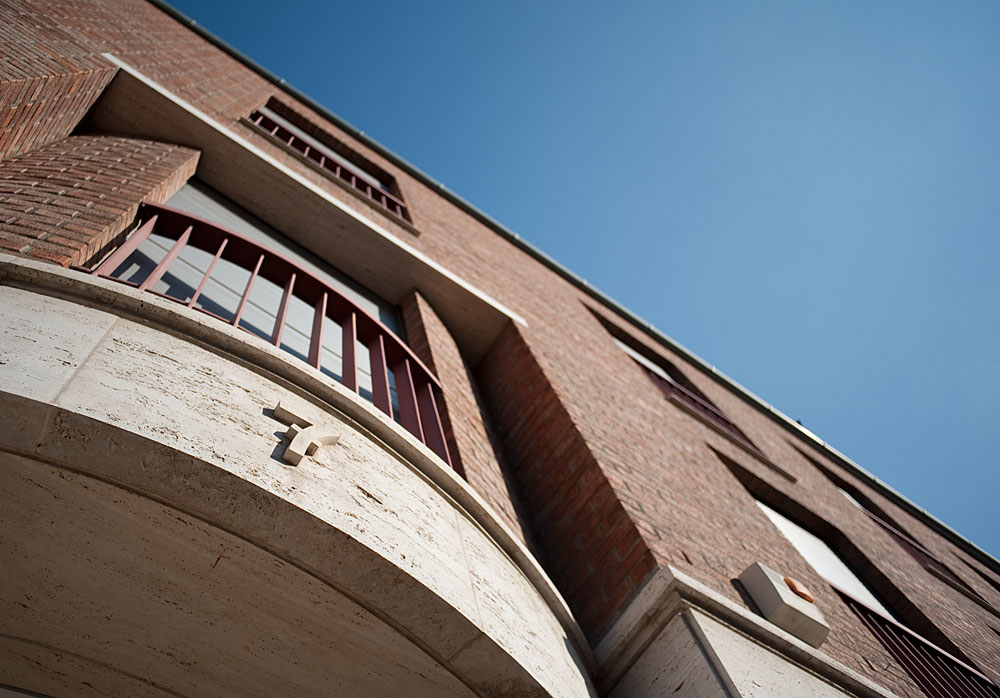 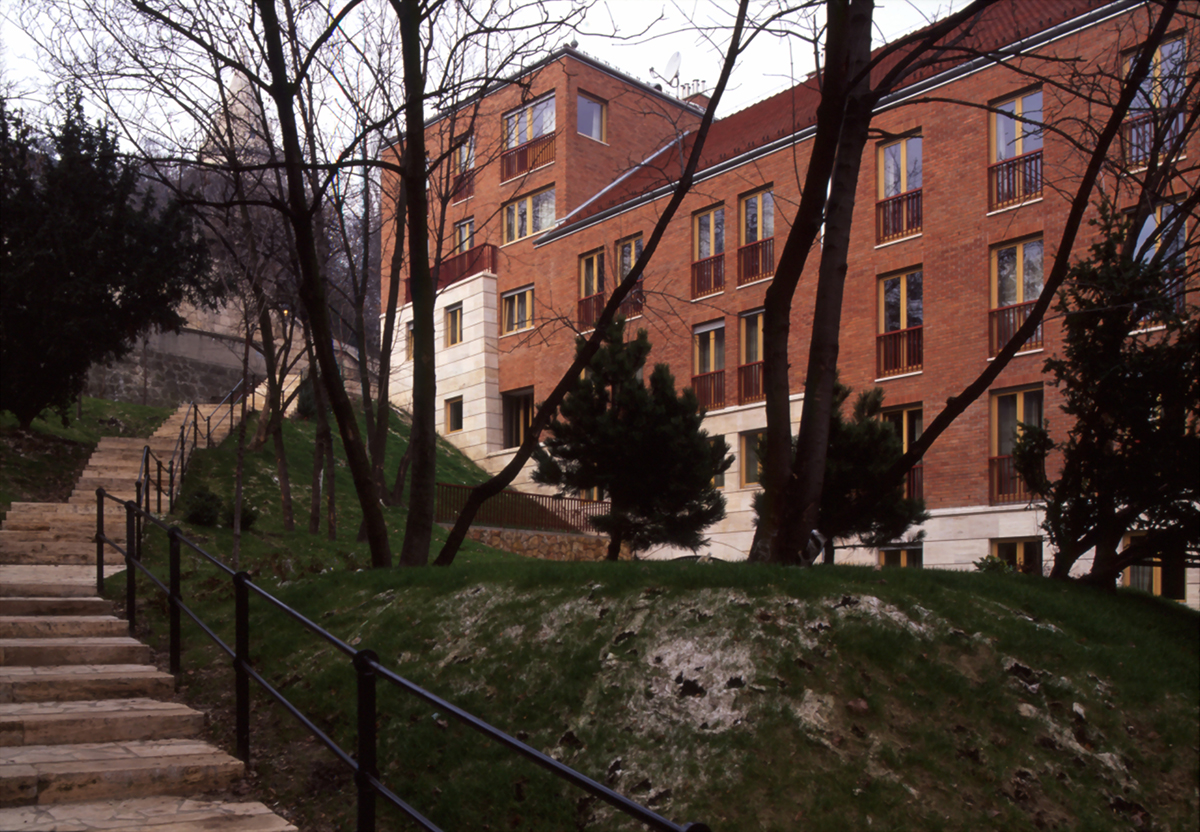 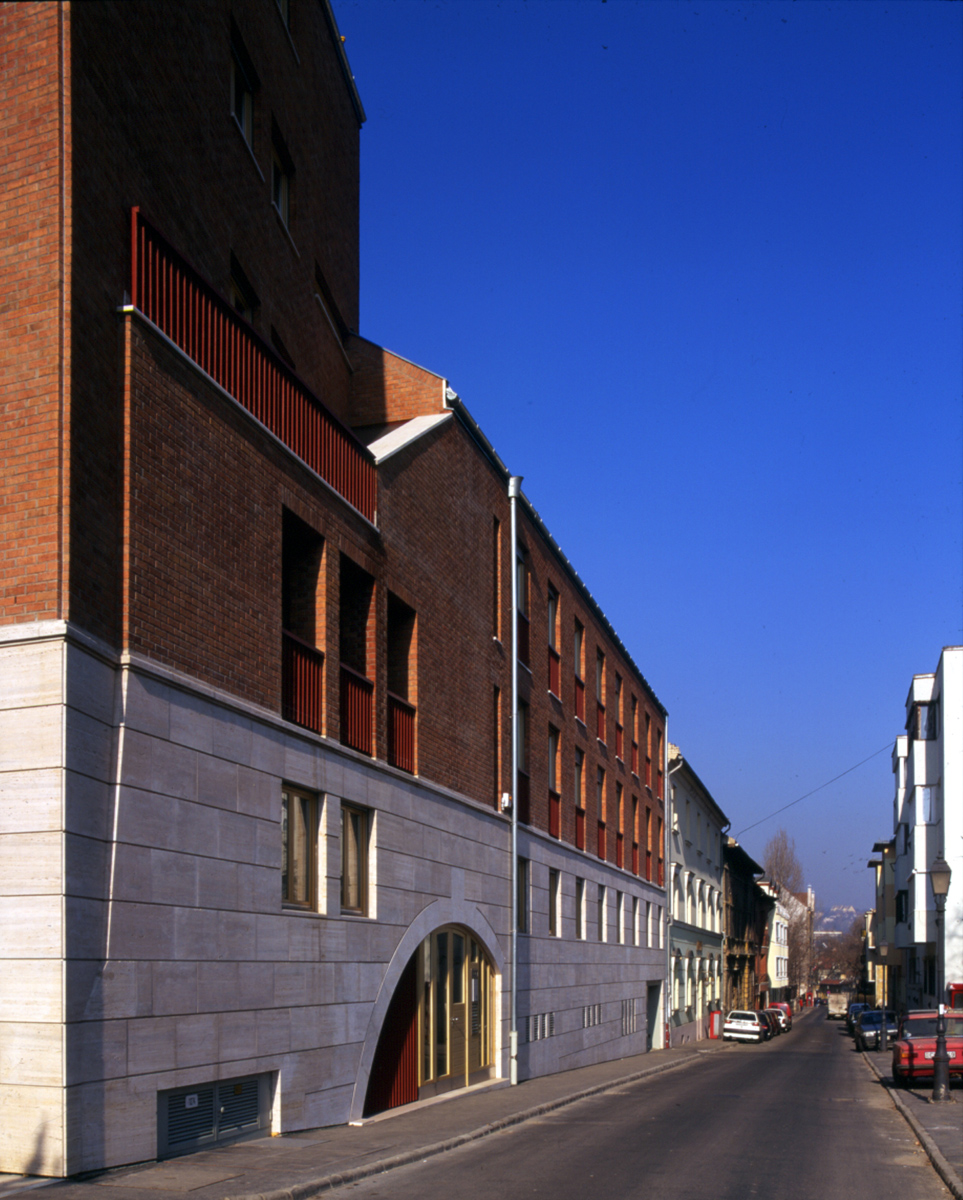 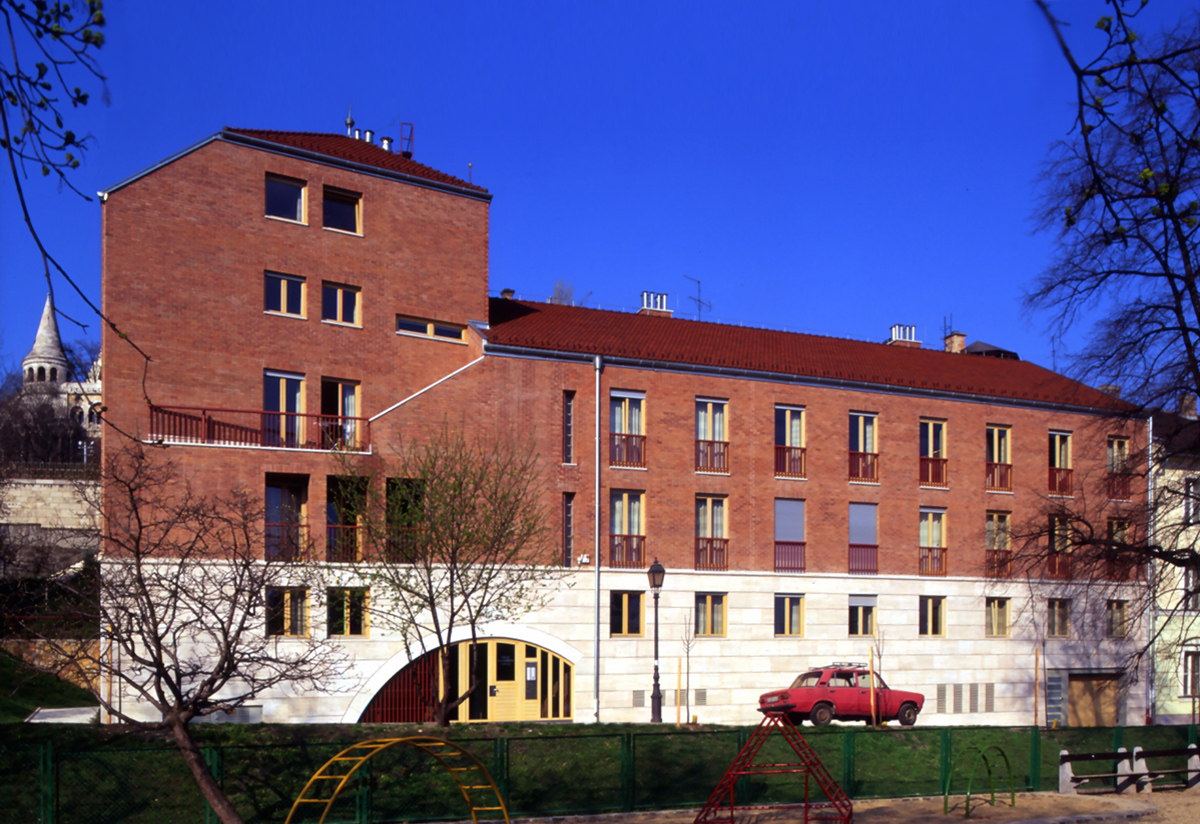 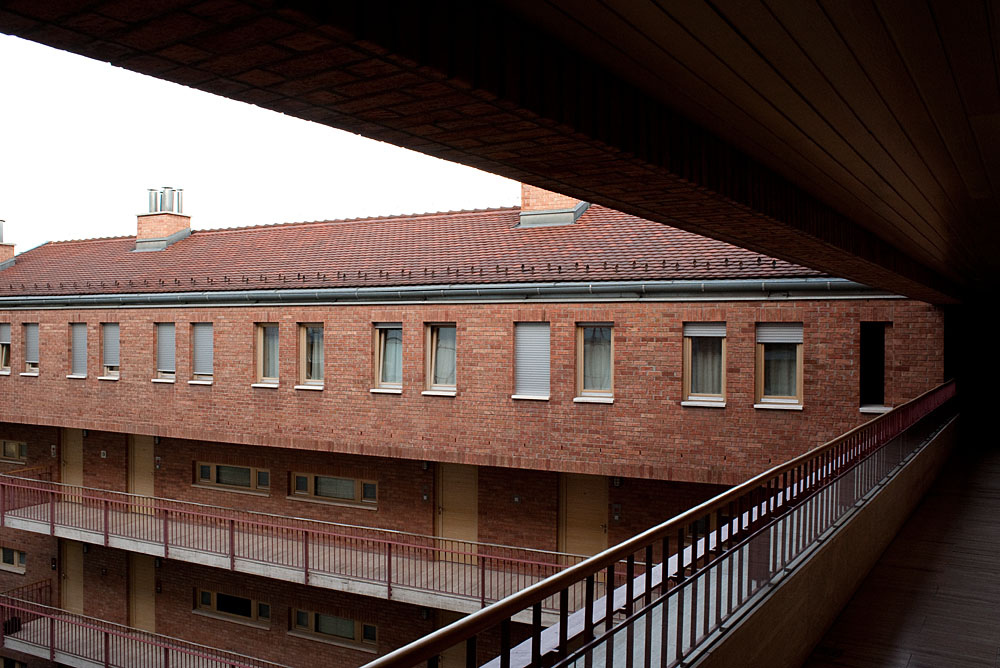 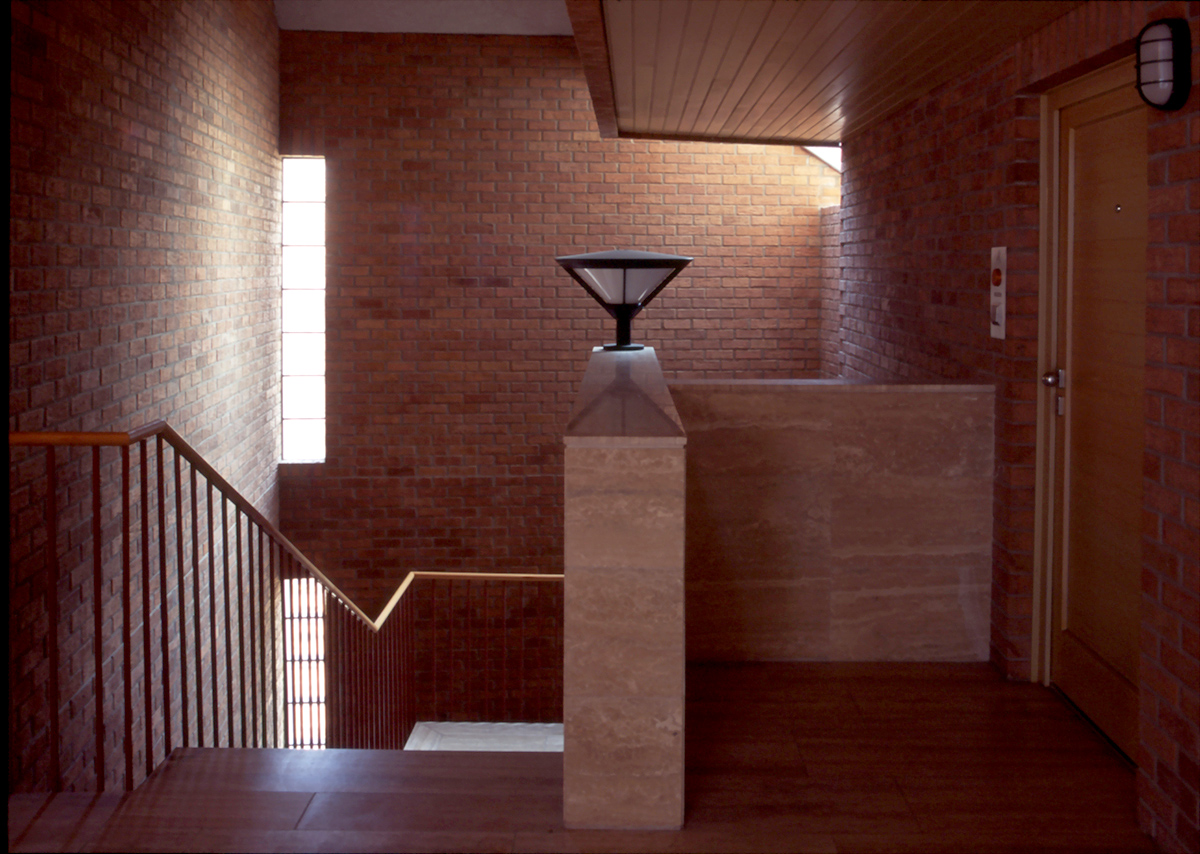 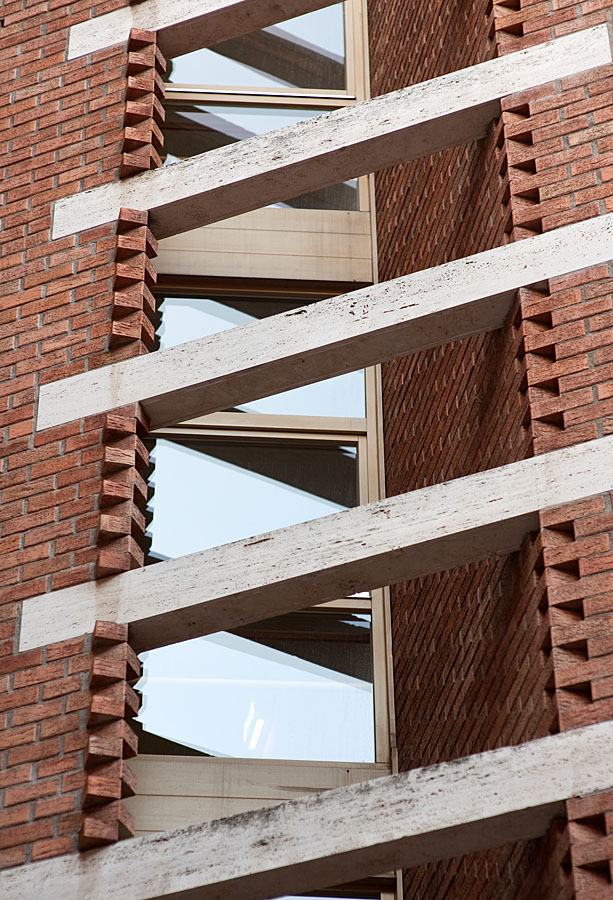 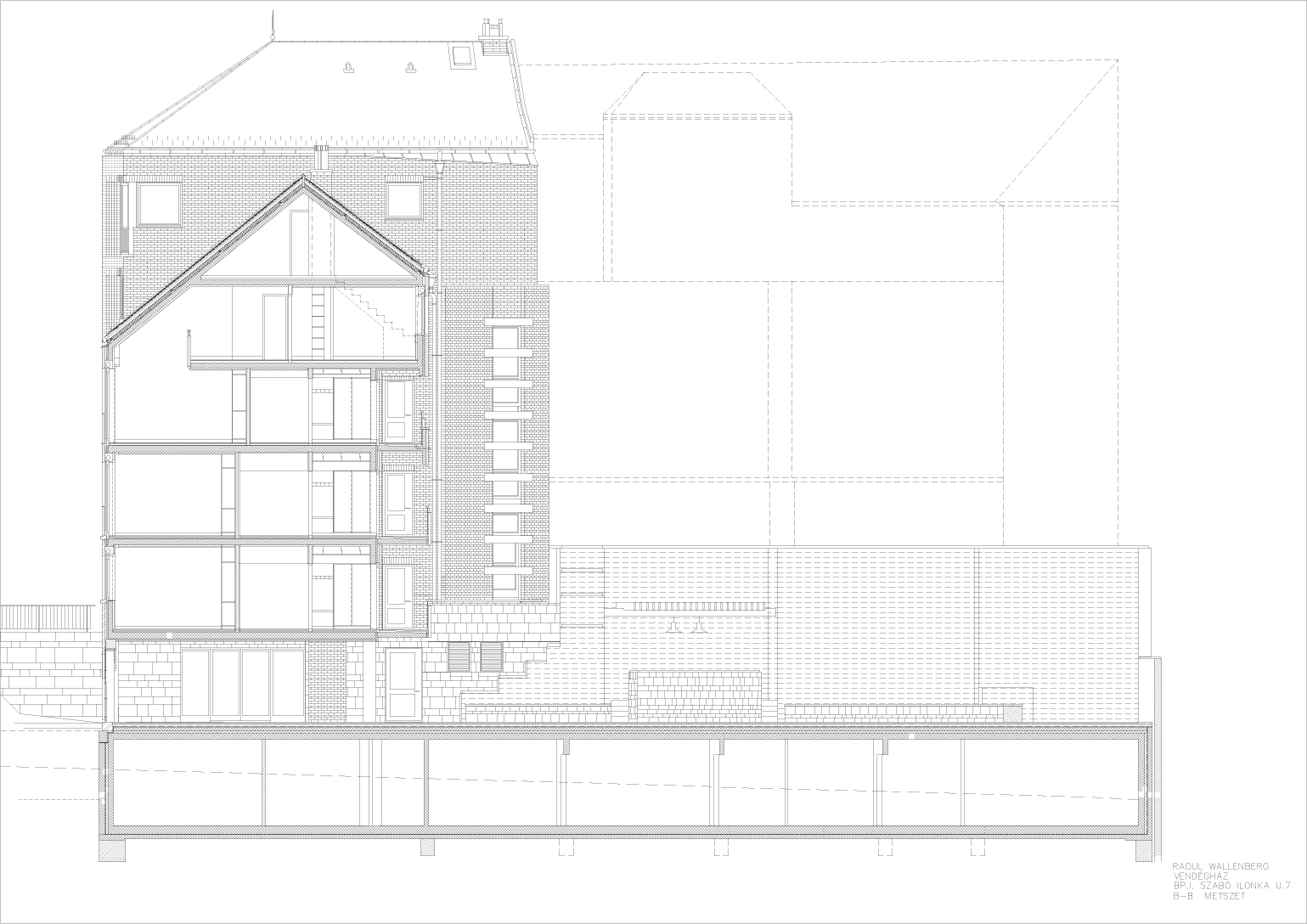 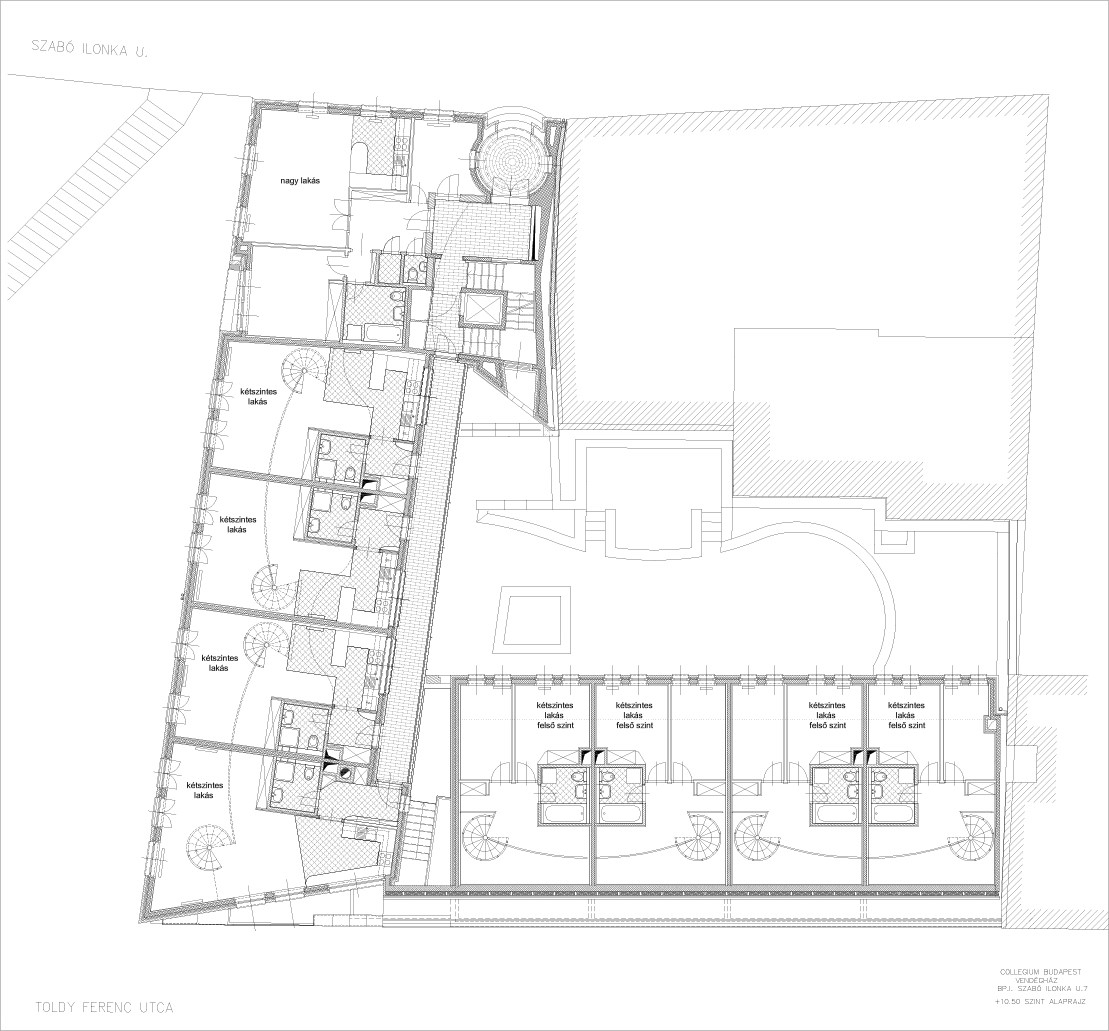 Tagged on: Csomay Zsófia, Fekete Patrícia, MATERV, Reimholz Péter
By | 2014-05-25 | '01-'05, Buda, accomodation |
This page belongs to the Critical Analysis of Public Buildings course, held by the Department of Public Building Design at the Technical University of Budapest. With the contribution of our students our aim is to create a comprehensive database collecting the most significant architectural works of the last 10-15 years in Hungary, at the same time making all the related publications also available. The homepage is updated regularly, the order of the publishing does not relate in any ways with the architectural value.