The old Budapest Sport Arena (1982), designed by István Kiss Ybl prize-winner architect, was burnt down on 15th, December, 1999. It was an iconic building, whose replacement was a difficult task. In the beginning, the designers wanted to make an arena keeping the biggest fraction of the previous building possible. As the old, circle-like composition wouldn’t have been approptiate for the demands of our age, they decided to design an entirely new building.

One of the main pricipals in designing the arena space was the horseshoe-like composition of layout, as it could easily provide the space for different sized courts and in occasion of other programs they made it easier to convert the arena space as moving or installing the actual scenery.

The arcitectural problem of designing a ”one-gesture” building mass had been in Skardelli’s greatest interest for a long while. The final look became a gravel shape, which makes the enormous coliseum a delicate object. Aruond this, with a radial positioning, three smalland two big ”crystals” take place, in which the staicases, coffee shops, brasseries and ticket offices are placed.

It is also worth mentioning, that the designer did not only want to design a building, but beyond the designing program (and without considering the property lines) they came out with a large urban planning as well. According to this, the building was put on a ”platform”. The bus station and the two storey parking lot were placed below the platform, while the surface was preserved for pedestrians, giving back an urban space to the people in a busy traffic intersection like this one.

That way the Arena and it’s environment became also an iconic project, that can mark and form Budapest’s architectural image. It is not like a building on the stilted square. It is an iconic object, which is a worthy posterior of the burnt down BS. 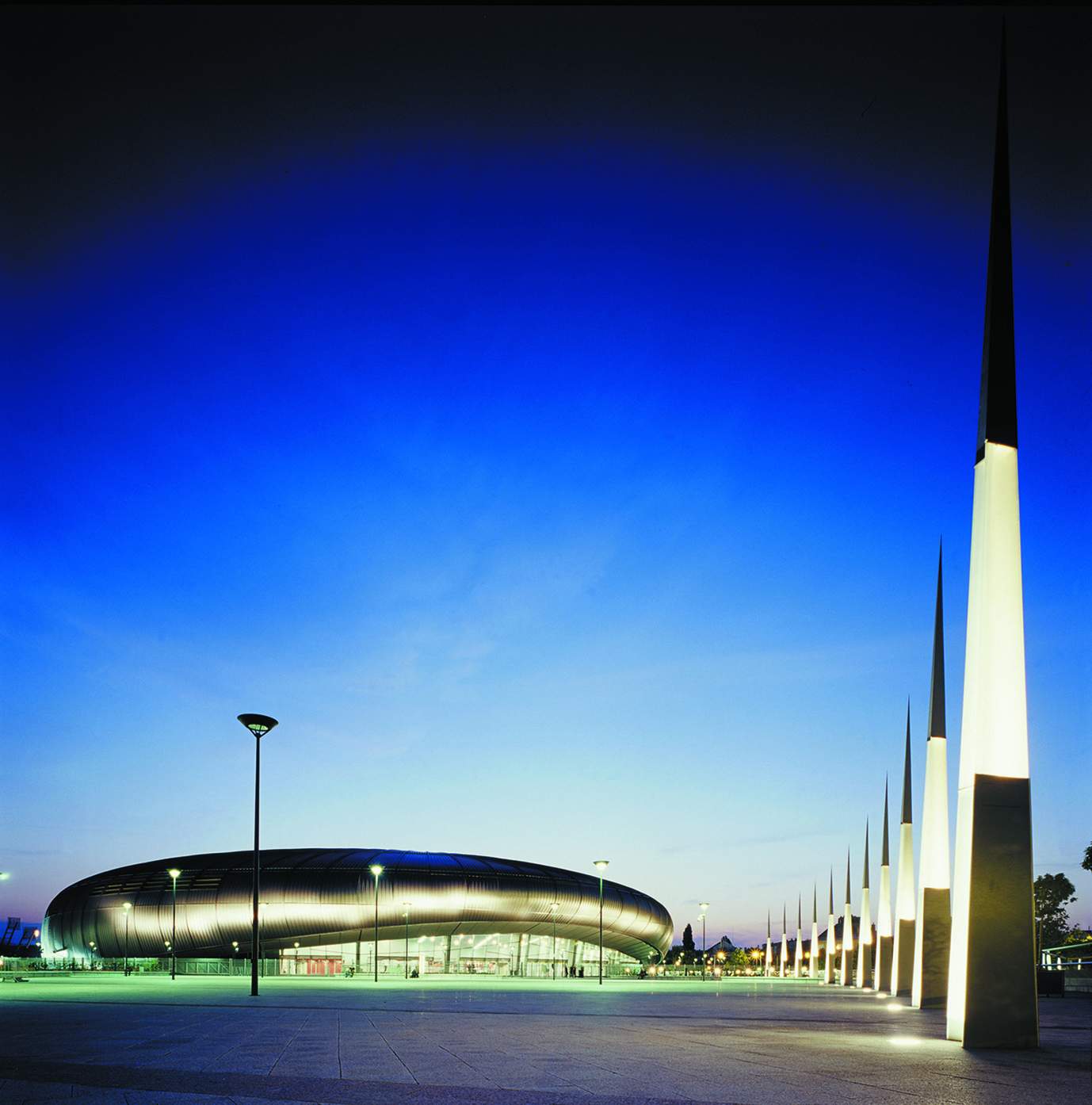 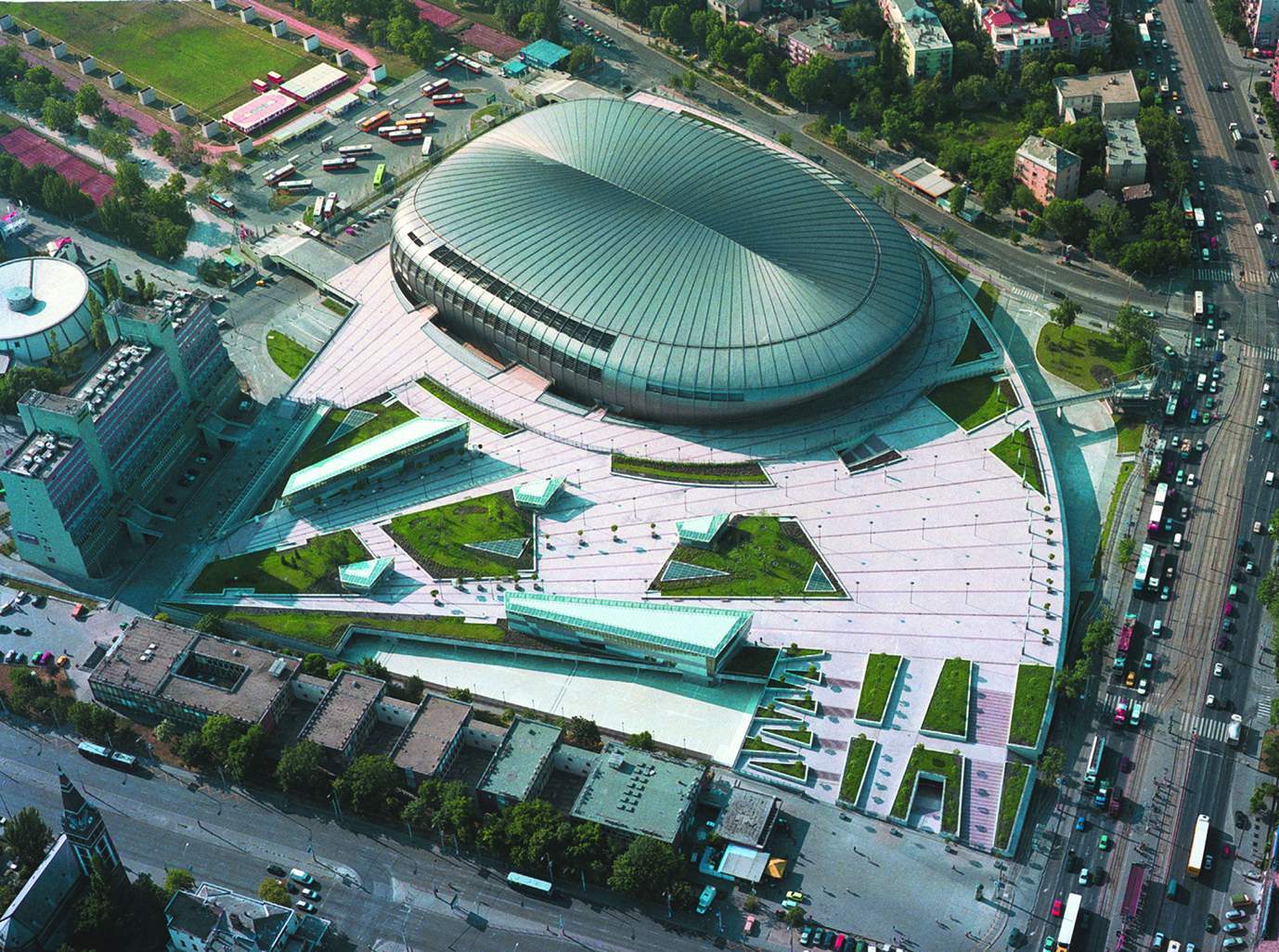 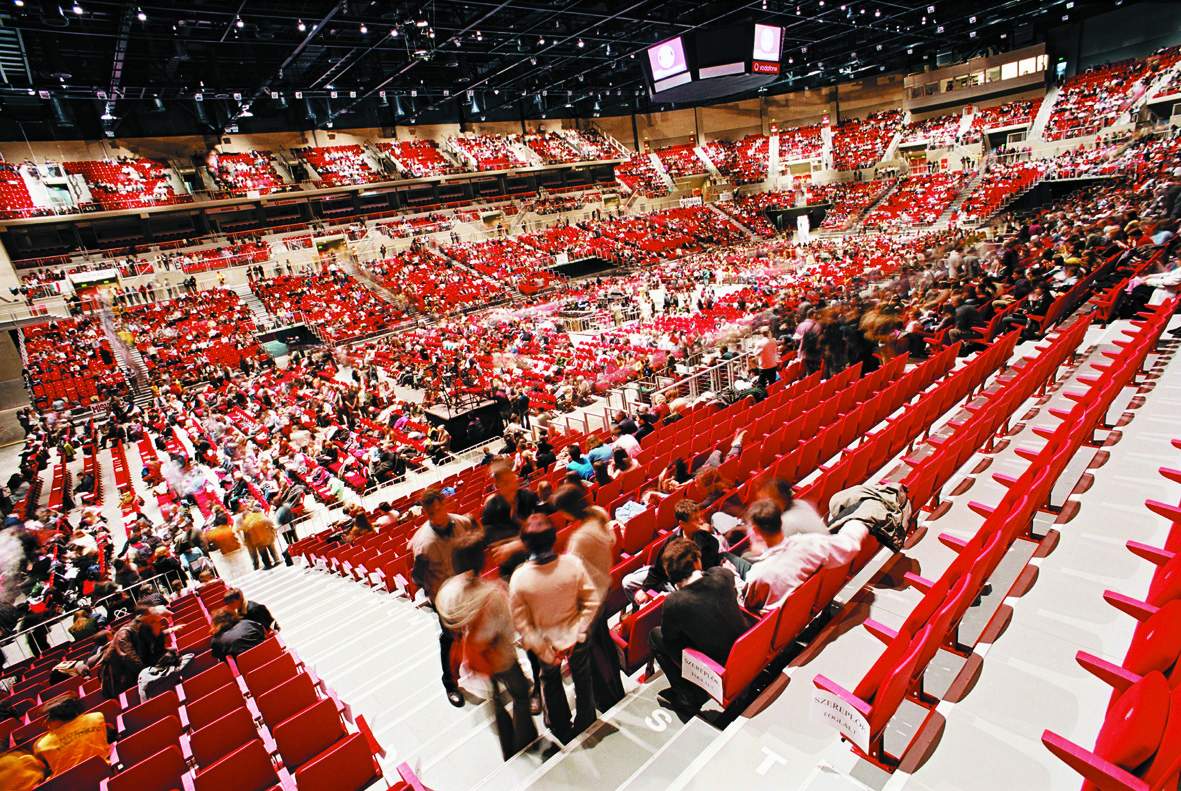 Tagged on: Gáspár László, Közti, Lázár Ferenc, Pottyondy Péter, Skardelli György
By | 2013-07-10 | '01-'05, Budapest, sport |
This page belongs to the Critical Analysis of Public Buildings course, held by the Department of Public Building Design at the Technical University of Budapest. With the contribution of our students our aim is to create a comprehensive database collecting the most significant architectural works of the last 10-15 years in Hungary, at the same time making all the related publications also available. The homepage is updated regularly, the order of the publishing does not relate in any ways with the architectural value.