The new Hungarian Autoklub Headquarters can be found near to Újpest-Városkapu. The main architectural gesture was creating a representative-symbolic building with low-cost running expenses.City architectural aspects of the settling are that the site is located near to the new Danube bridge, so the building can work as a point of orientation, "a new emblematic gate for Újpest".

Defining element of the new building is a ribbon that wraps around the office spaces on seven floors, while articulating a letter ‘a’. This gesture refers to the words auto, automobile and autoclub. The ribbon is made of metal like the body of the cars. Other dominant element of the building is the glass curtainwall. Between the ground floor's indoor openspace and the very top, where is is a rooftop terrace under the arc, there are seven floors with functions.

In the planning the environmentally conscious thinking had an important role. The goal was to create a modern building that has minimal maintenance costs. "Using geothermal energy system the building will operate in zero-emission. (...) It's kind of a passive house, which is scheduled to present calculations, will have zero CO2 emission."

Usually, the purpose of the automobile industry buildings, whether for showrooms, headquarters of car companies, car museums or car clubs, is the representation of the latest technology, inspired by the automobile industry. The building met these expectations, thus in time it could became an emblematic building of Újpest-Városkapu. 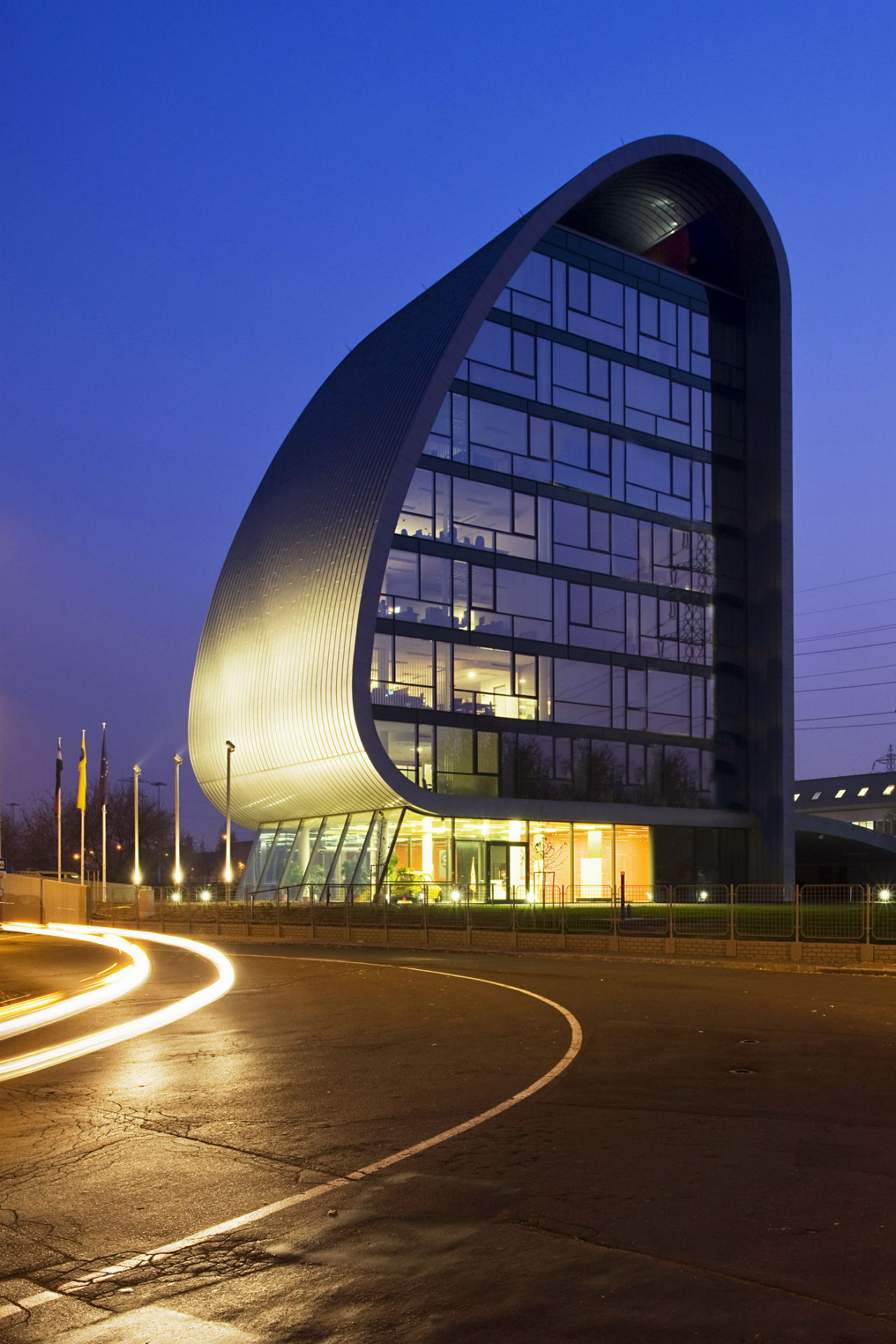 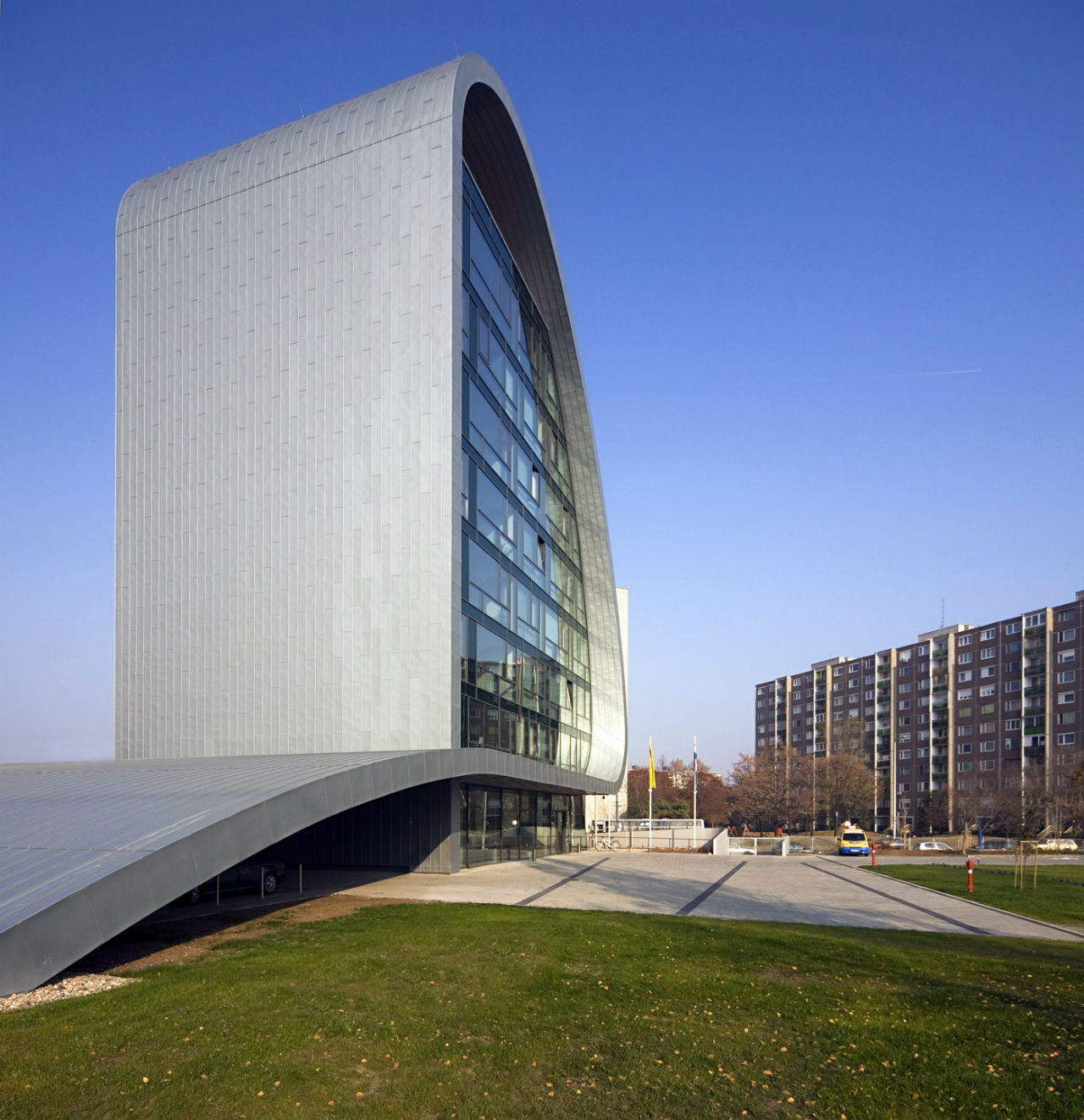 Tagged on: Domokos Balázs, Klopp András, Lukács és Vikár Építészstudió Kft., Lukács István, Vikár András
By | 2013-12-24 | '06-'10, office, Pest |
This page belongs to the Critical Analysis of Public Buildings course, held by the Department of Public Building Design at the Technical University of Budapest. With the contribution of our students our aim is to create a comprehensive database collecting the most significant architectural works of the last 10-15 years in Hungary, at the same time making all the related publications also available. The homepage is updated regularly, the order of the publishing does not relate in any ways with the architectural value.