Piarists is the oldest Catholic educational order. It started in Budapest at the beginning of the 18th Century. The building at this location wasdesigned by Dezső HÜLTL in 1917. It consisted of two wings, one at the Szabadsajtó street, the other at the Pesti Barnabás street. 1950 the ownership was claimed by the state, and until 1992 it housed the Faculty of Philosophy of ELTE. Afterwards it was given to the previous owners, the Piarists, but the needed renovation was delayed because of financial shortage. The renovation of the wing at the Szabadsajtó street began in 2003, whichwas followed by the renovation of the other wing three years later.

The idea was to house a trade zone and offices besides the educational facilities. There is an underground level with parking places and storages, shops were opened on the first two levels above ground; the high school occupies the 2nd, 3rd, 4th and parts of the 1st floor and the monastery is on the 5thfloor. The offices are in the attic and on the 5th as well.

A 3 story high box was put into the interior courtyard. This way it has nicer proportions and the box can house a sports hall. On top of the box on the 4th floor a new courtyard replaces the old one, providing a nice atmosphere for the students. The new element appears to be independent from the existing structure, leaving a void between the two entities. The concrete box has the form of a mastaba with concrete shafts on top, which allow the light to come inside. The surface of the concrete is divided into cells and painted. The building has a small transparent tower facing the danube, depicting the once existing tower at the same place.

The Március 15. square in front of it was renovated as well, which is the work of Város-Teampannon. 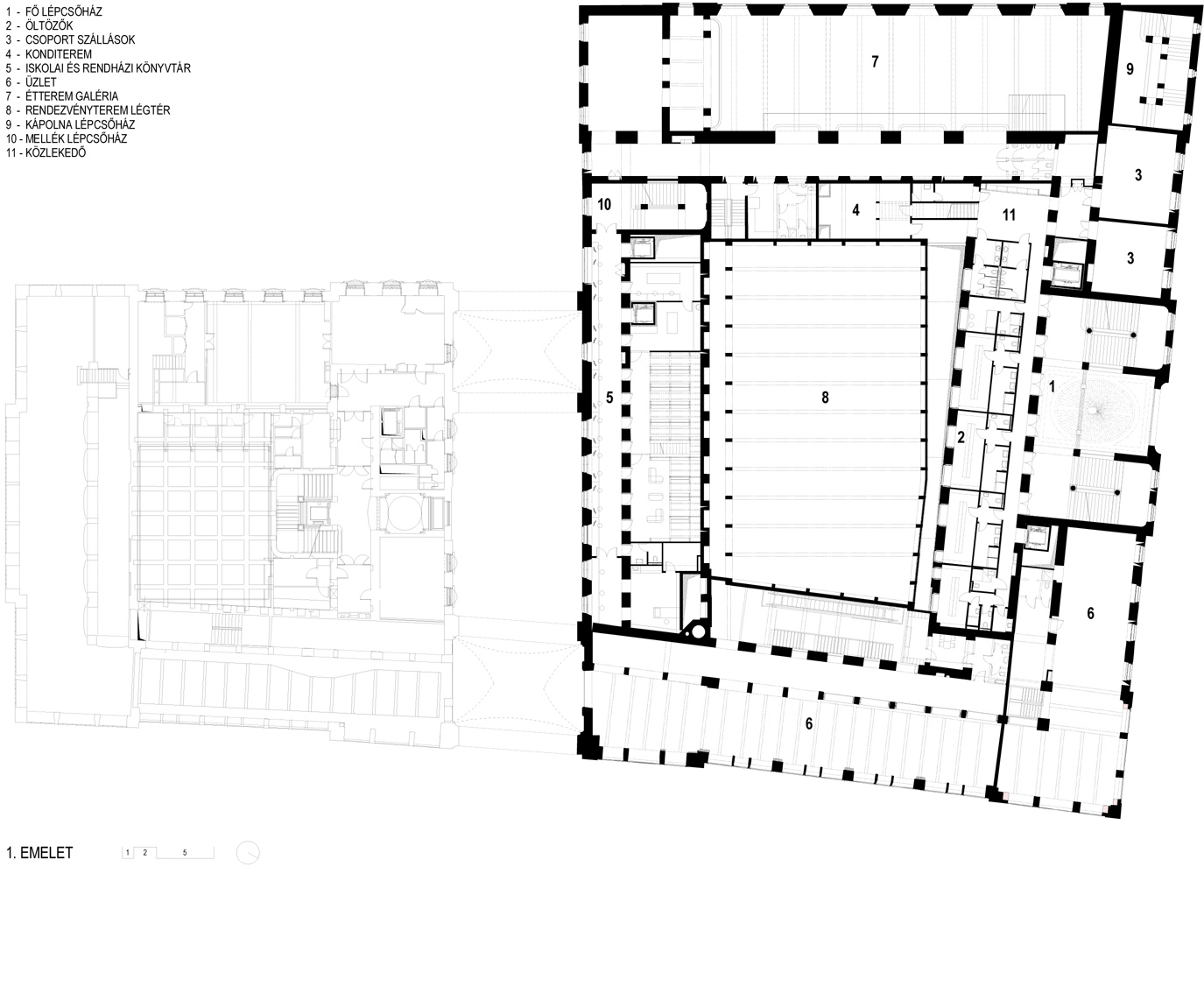 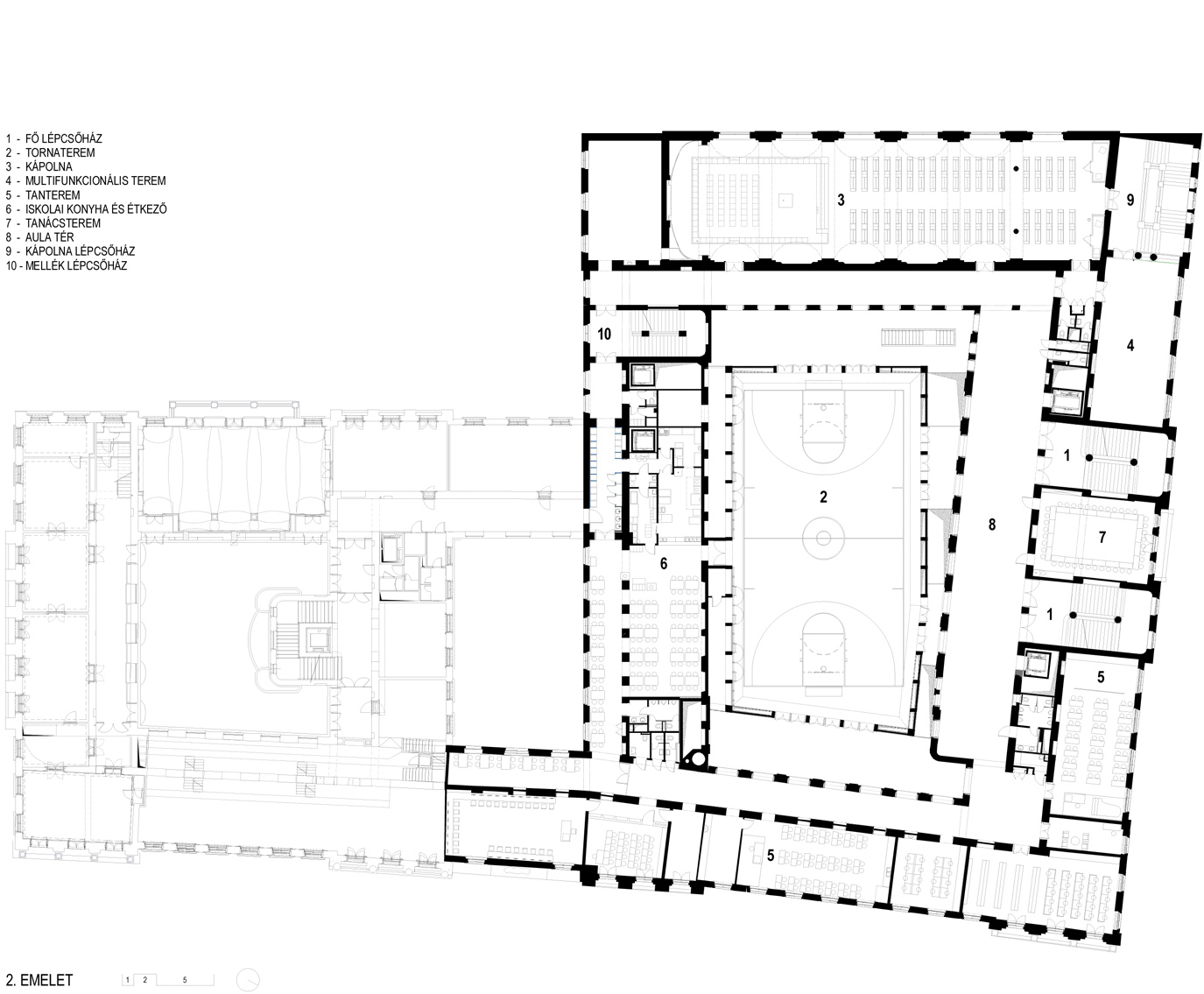 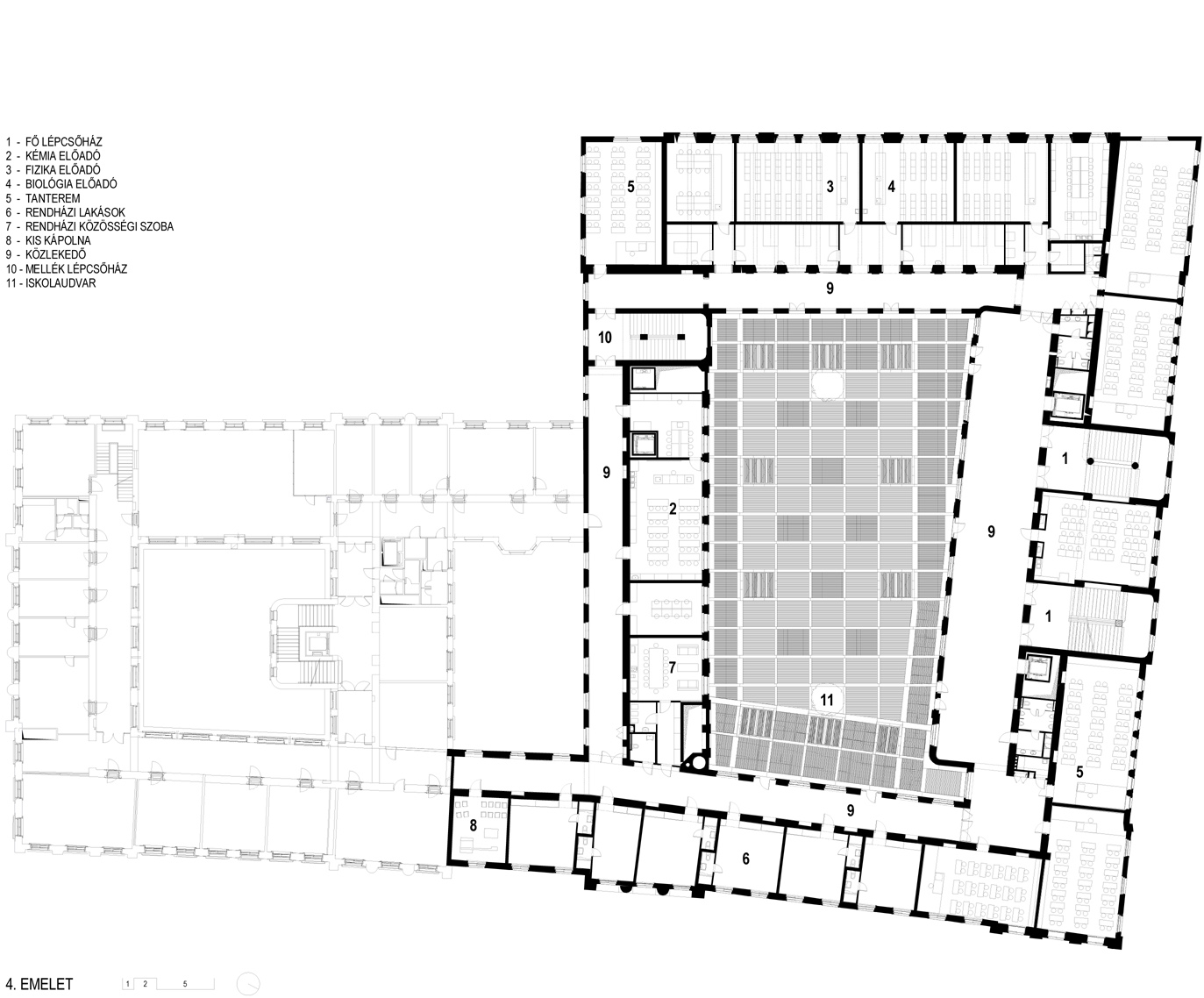 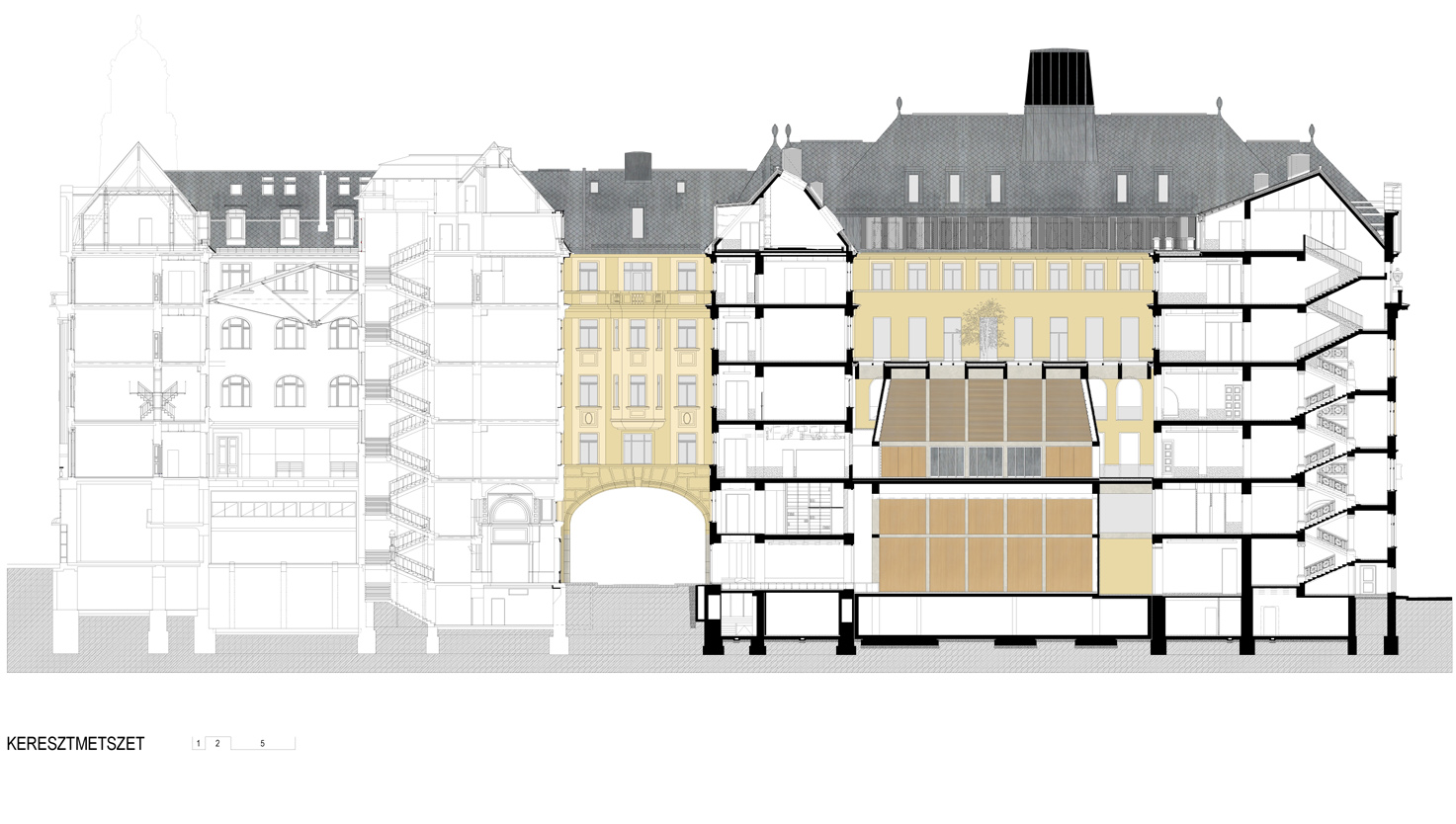 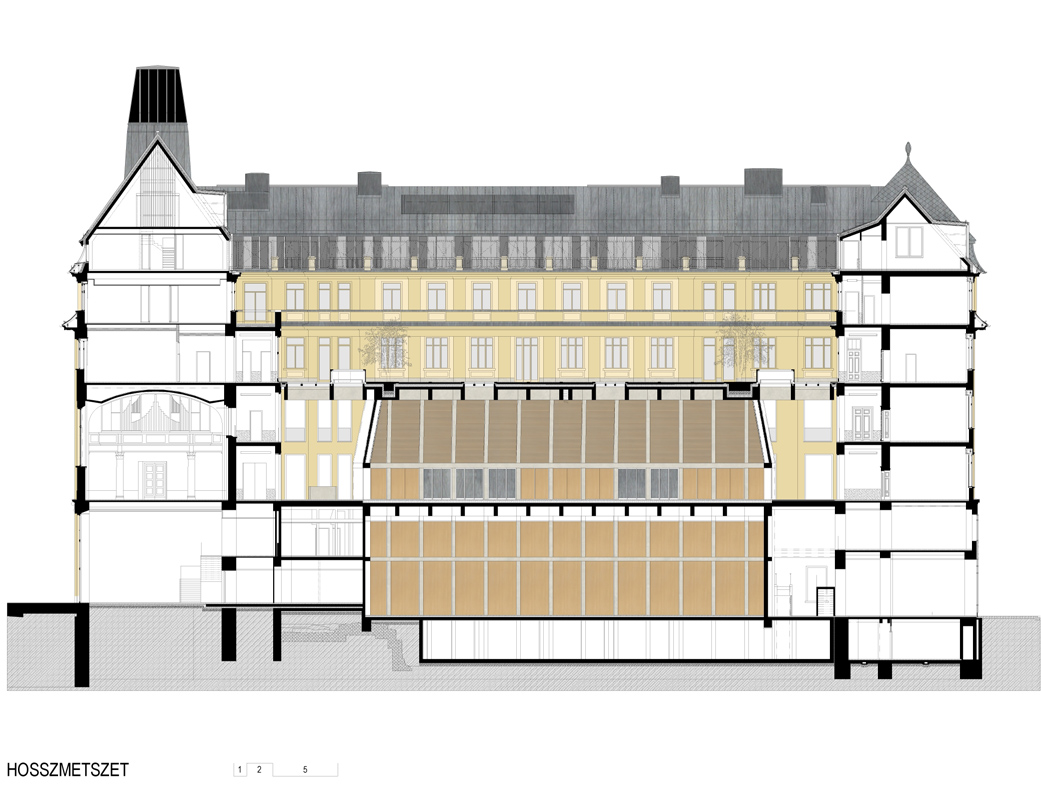 Tagged on: Alkér Katalin, Debreczeni András, Golda János, Horváth Roberta, Kollektív Műterem Kft., Kovács Zoltán, M-Teampannon Kft., Mészáros Erzsébet, Nagy Gábor, Szojka M. Tünde, Varga Bence, Vermes Dániel, Zahorán Gábor
By | 2013-09-14 | '06-'10, office, trade, education, Pest, sacred |
This page belongs to the Critical Analysis of Public Buildings course, held by the Department of Public Building Design at the Technical University of Budapest. With the contribution of our students our aim is to create a comprehensive database collecting the most significant architectural works of the last 10-15 years in Hungary, at the same time making all the related publications also available. The homepage is updated regularly, the order of the publishing does not relate in any ways with the architectural value.