In Budapest, Ferencváros, at the corner of Liliom and Tűzoltó Street a former riding hall can be found, built between 1845-46 as part of the Maria Theresa Barrack. Until 2010 it stood there empty – after the BÁV company used is as a furniture depot – when the ALDI supermarket chain bought the site with the locally protected building.

The goal of the new owner was to transform the building, rather than demolishing it and building the regular well-known cubic. For the wanted result there were some compromises to make. First, the building could only take the third of a regular ALDI supermarket store’s size, as a new “supermarket-capsule” inside. The neighborhood was already crowded and there were enough stores to serve it. “It is not a question what the Architect does, but what he doesn’t! There are compromises to take, but in what I don’t believe, I don’t draw.” – said the Architect.

The steel structure of the old building was saved; during the construction 10000 mixed-colored brick were replaced. Following the “box in a box” theory, the drainage was solved behind the external cover, so it could stay perfectly plain and untouched.

The neighborhood welcomed the old-new hall. The new store was nominated for several prices, so after the successful intervention ALDI decided to continue with other brownfield investments in Budapest. 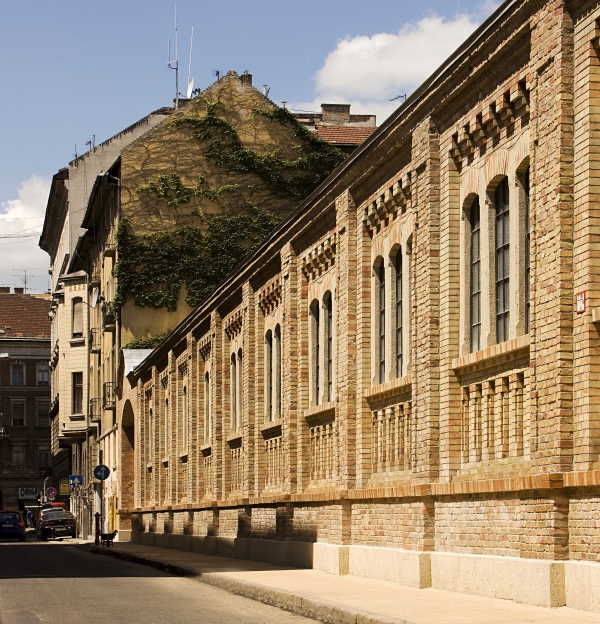 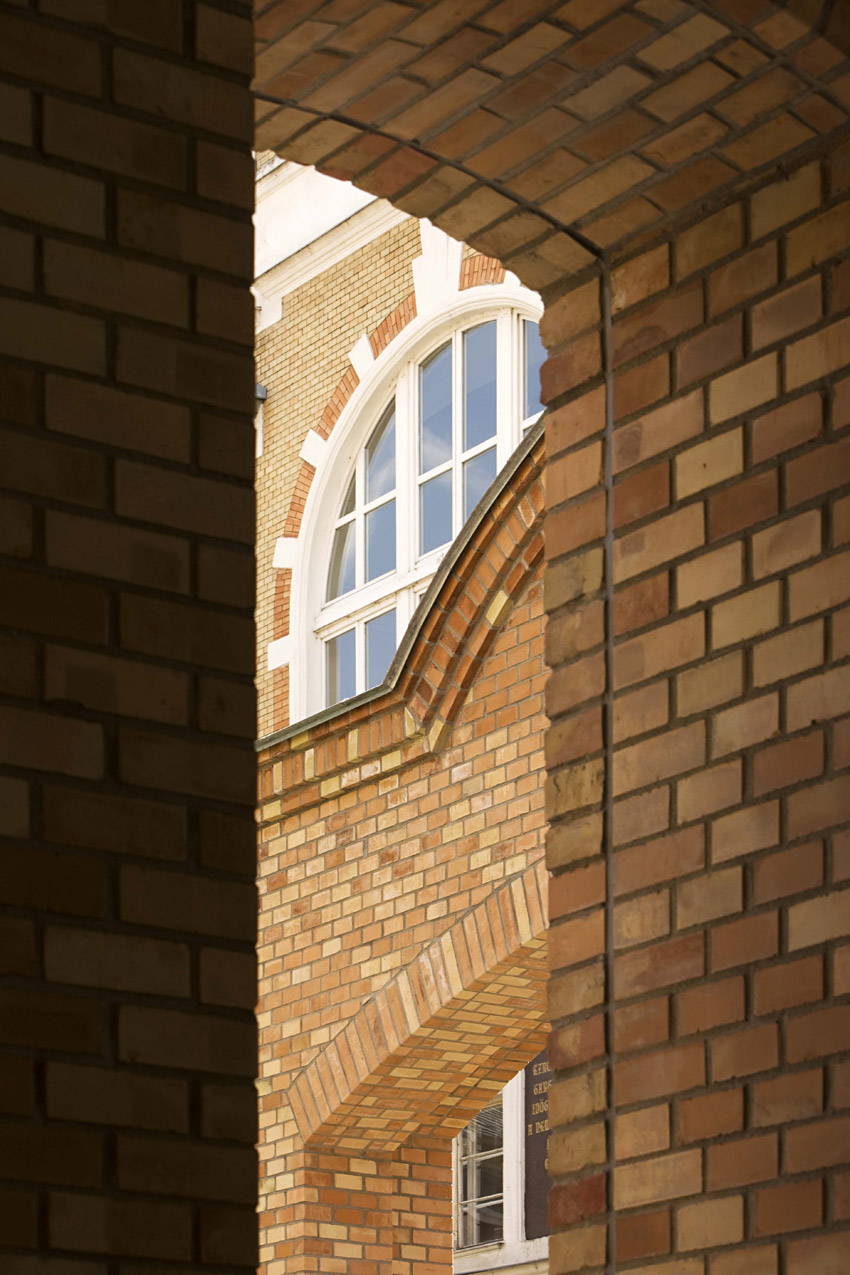 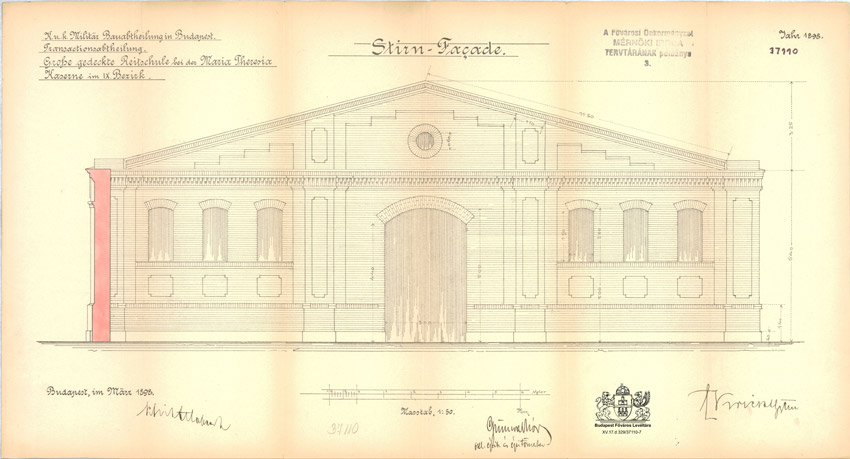 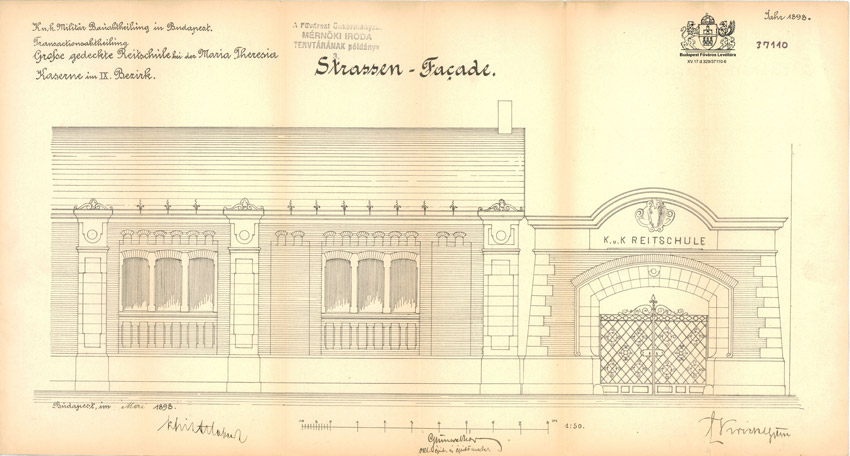 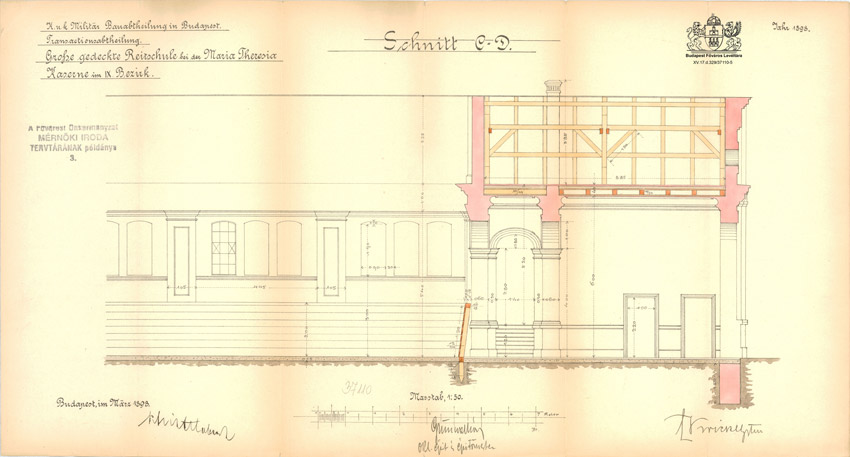 Tagged on: Kendik Géza, Stúdió A4 Iroda Kft.
By | 2015-03-19 | '06-'10, trade, Pest |
This page belongs to the Critical Analysis of Public Buildings course, held by the Department of Public Building Design at the Technical University of Budapest. With the contribution of our students our aim is to create a comprehensive database collecting the most significant architectural works of the last 10-15 years in Hungary, at the same time making all the related publications also available. The homepage is updated regularly, the order of the publishing does not relate in any ways with the architectural value.