Kossuth Lajos square is located next to the Hungarian Parliament, is definitely one of the most significant squares of the country, not just in communal and representative, but in turistical aspects too. Its restoration means the reconsideration of an important community area, and its conceptional base, the investment and the quality of the workmanship is also outstanding.

There always were several expectations towards the square during its history: it had to serve transportation, representation, urban use and safety. Following these needs and political ideas the appearance of the Kossuth square changed constantly.

The concept of Imre Steindl about a coherent, representative square has never been realised. Until the competition in 2007, the square had a differentiated and disintegrated character. The original concept of Jenő Lechner and Béla Rerrich used statues to divide the grandiose area. It is an interesting situation to fit to the symmetrical building of the Parliament and to find its own place in the urban structure, which means a sharp-change. The other main question of the place from the beginning whether it should be an urban place or more like a green area.

Finally the realized plan (Közti and s73 studios) tried to find the most human answer to solve these situations. The main themes of the plan were: to find the balance between green and paved surfaces, to reach the connection with the Danube river, to accomodate to the lines of the city, to point out the building of the Parliament and to serve its turn over.

The plan reunites 3 square sections connected to the Parliament, that has no precedent. Thanks to the reconsideration of the bund a major achievement of the investment, that we can walk around the building. The Holocaust memorial located in front of the Parliament got new emphasis as well.

As a result of the new tram-line and the traffic diversion pedestrian traffic came in to view and make the appearance of Kossuth Lajos square more representative. Because of the monumental size of the building of Parliament designers decided to create a garage and a visitor center under the northern part of the building, to replace the parking lots and to make a departure building for tourists and visitors. The composition and use of materials has an elegant and clear nature.

The quality of the investment and building constructions is in disputable, sometimes it deleted historical layers that compose valuable memories and elements of the past of the square. The unquestionable success is the vivid and animated usage of a new urban square next to representation and a contemporary residence area. 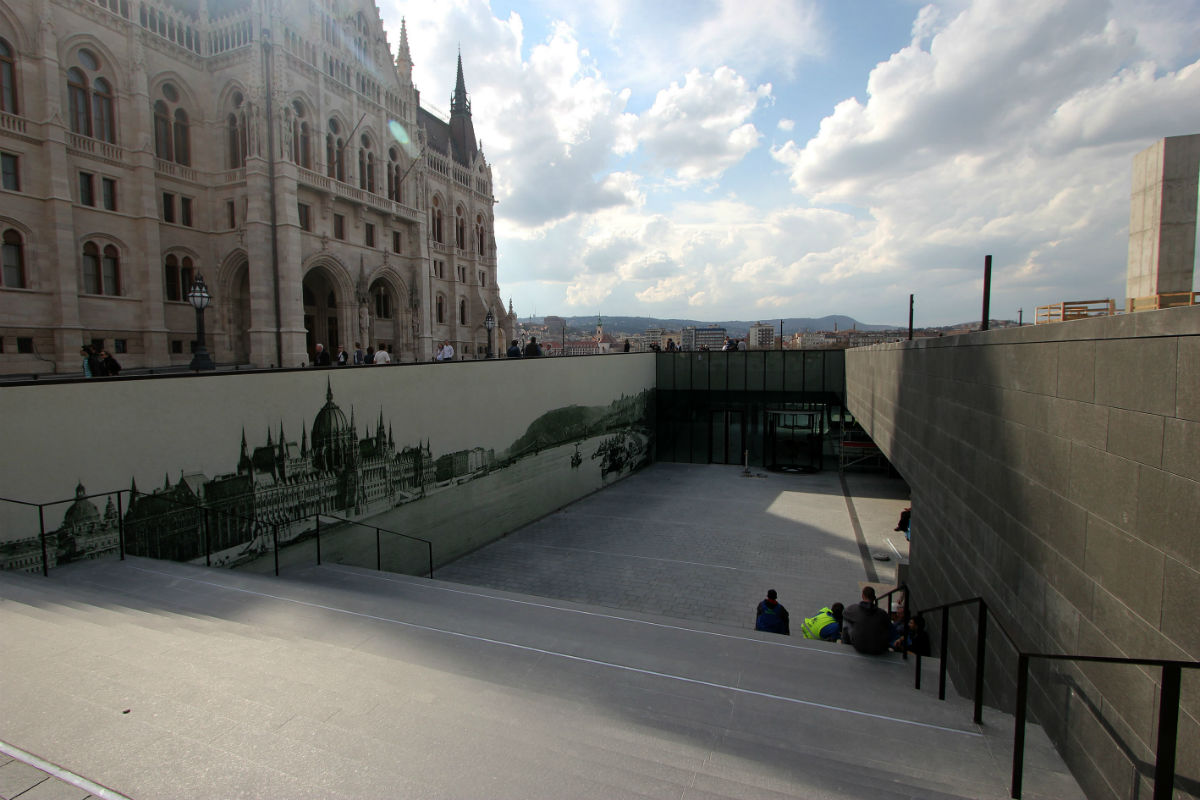 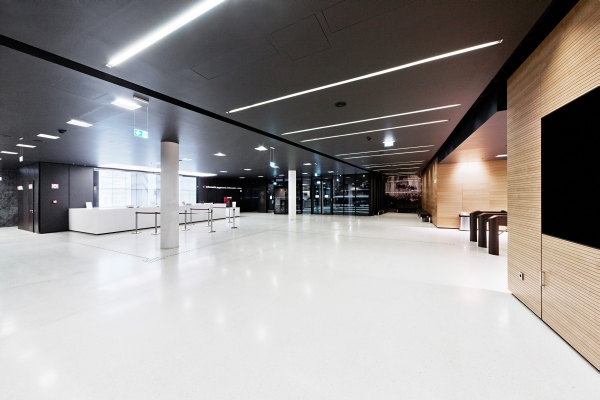 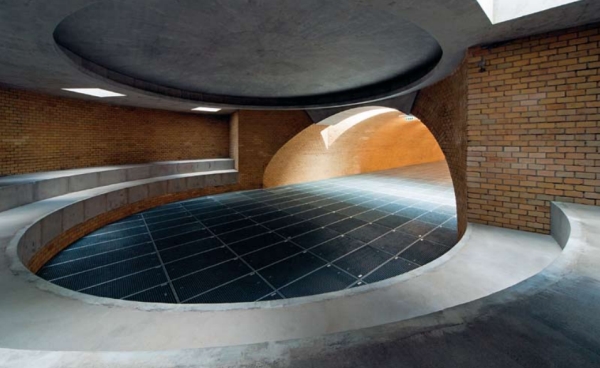 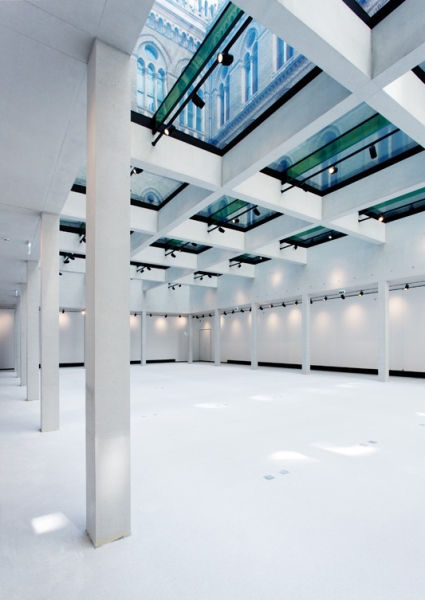 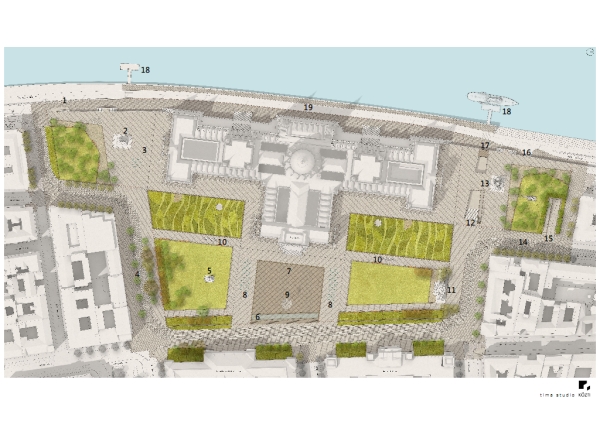 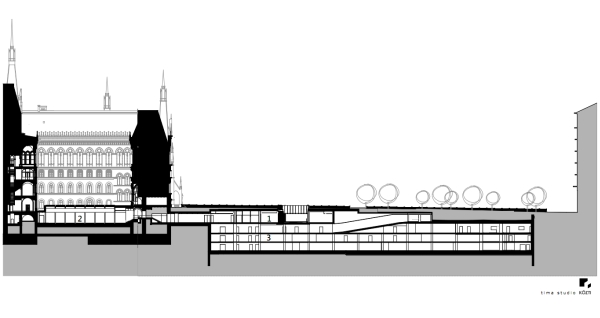 Tagged on: Közti Zrt., Lysis Zrt., Mohácsi Sándor, Molnár J. Tibor, Németh Tamás, Papp Dóra, Ráti Orsolya, s73, Szabó Máté, Tima Stúdió, Tima Zoltán, Tölgyesi Kaplony, Uvaterv Zrt.
By | 2016-06-10 | '11-'15, Budapest, exhibition, turizmus |
This page belongs to the Critical Analysis of Public Buildings course, held by the Department of Public Building Design at the Technical University of Budapest. With the contribution of our students our aim is to create a comprehensive database collecting the most significant architectural works of the last 10-15 years in Hungary, at the same time making all the related publications also available. The homepage is updated regularly, the order of the publishing does not relate in any ways with the architectural value.